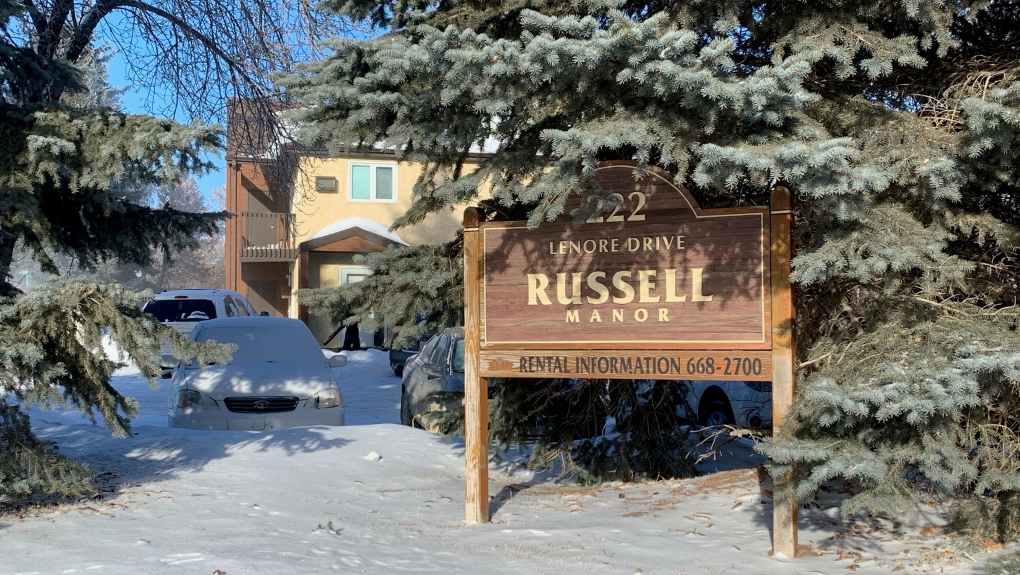 Police say a woman was forcibly taken from a home in the 200 block of Lenore Drive. (Ryan Fletcher/CTV News)

SASKATOON -- Four men are facing dozens of charges after a woman was "forcibly taken" from her home over the weekend, according to police.

Around 11:15 p.m. Saturday, officers were called to a home in the 200 block of Lenore Drive where a 43-year-old man reported three other men had entered the home and threatened him and a 42-year-old woman with guns, Saskatoon Police Service (SPS) said in a news release.

The 43-year-old was assaulted, and the three men left the home, taking the woman with them, SPS said.

The men left the scene in a white GMC Jimmy, with police spotting the vehicle a few minutes later at the intersection of Taylor Street East and Acadia Drive, SPS said.

Police conducted a "high-risk" traffic stop, arresting two men at the scene. The woman was found inside the SUV with no physical injuries, SPS said.

The third suspect has not yet been found.

After further investigation, a fourth man was arrested at a home in the 3500 block of Taylor Street East. The 49-year-old man is facing one charge of conspire to commit kidnapping.

The victim and the suspects are known to each other, SPS said.