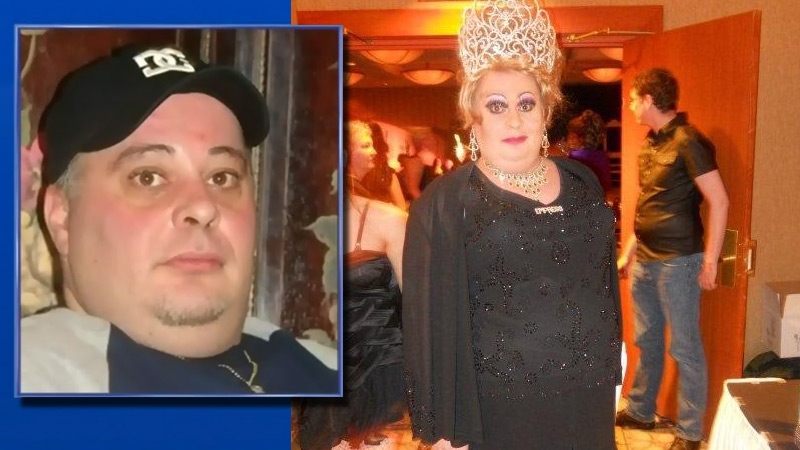 The body of Demetrios Karahlios, also known as CoCo, was found in his Oliver home Saturday, March 8, 2014.

Guy MacIntyre will never forget the conversations he had with long-time friend Demetrios Karahalios.

Karahalios, a prominent member of Edmonton’s gay community and once a popular drag queen in Saskatoon, was found dead Saturday in his home in Edmonton’s Oliver neighbourhood. Autopsy results completed Monday afternoon confirmed foul play and police are now treating his death as a homicide.

“I’m still lost. It’s devastating and tragic. He was a very amazing person,” said MacIntyre, who lives in Saskatoon and has known Karahalios for about 25 years.

Karahalios, better known as his drag name, “Coco,” moved to Edmonton about 20 years ago, according to MacIntyre. He was a cook at Buddy’s Nite Club and Woody’s Pub located on Edmonton’s Jasper Avenue.

Karahalios was formerly a Saskatoon drag empress, an annual title awarded to a prominent member of the city’s drag community. The title is now awarded provincially.

MacIntyre recalled several conversations he’s had with his friend over the years and stressed how many times Karahalios helped him.

“When I was coming out of the closet, he was there for me,” MacIntyre said. “You could call him anytime, day or night. He was the best listener. He spoke his mind.”

The pair last spoke in December. The conversation was particularly heavy.

Karahalios had just lost his mother and MacIntyre was dealing with cancer — which recently went into remission.

“Losing his mother was quite traumatic on him. I had some health issues. He talked me through that. It’s what you talk about with friends,” MacIntyre said. “He didn’t deserve this.”

Edmonton's LGBT community will pay tribute to Karahalios with a series of events.

A candlelight vigil will be held Tuesday outside his house and the Imperial Sovereign Court of the Wild Rose Social Association, a registered non-profit society, will pay tribute to CoCo with a tribute drag show on March 15 at Buddy’s.

The exact cause of death has not yet been released due to the ongoing investigation.

with files from CTV Edmonton