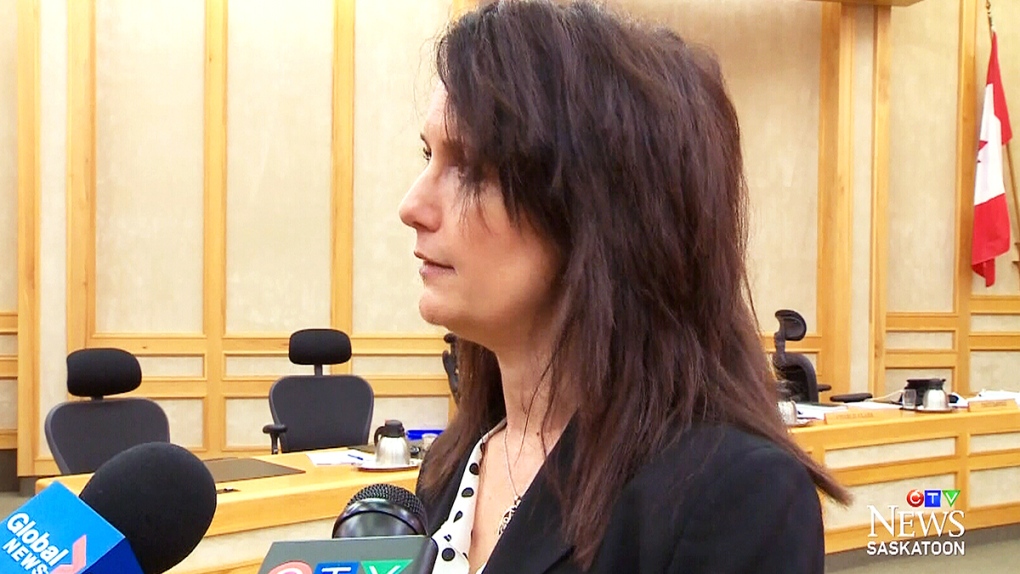 Tiffany Paulsen speaks to reporters in this file photo.

SASKATOON -- A former city councillor and practising lawyer says it’s concerning to see a municipality shut down a debate about city issues online.

“From a public policy perspective that’s where the concern could be raised,” said Tiffany Paulsen, lawyer and partner with Robertson-Stromberg LLP. She also represented Ward 9 on City Council from 2000-2016.

This comes after Tarasoff questioned policy decisions concerning a chemical buffer around Erco Worldwide in the city’s north end near the Chief Mistawasis Bridge.

Paulsen said while it’s fair for the City of Saskatoon to block individuals on Twitter, she doesn’t see Tarasoff’s communication as threatening or harassment.

“If engaged citizens who’ve run for public office before are using Twitter to ask policy questions, ask questions about decisions, I would expect that to be normal use of a Twitter account and the City of Saskatoon should expect those types of inquiries on their account and should be prepared to respond,” Paulsen said.

In a response to Tarasoff, the City of Saskatoon account wrote Tarasoff was sharing inaccurate information.

“It’s fair for the city to respond and say the facts are inaccurate but it’s also incumbent on the city to then define where the inaccuracies are with respect to Mr. Tarasoff’s facts,” Paulsen said.

The city told CTV News that because Tarasoff continued to tag the city in a conversation where misinformation has been corrected and was naming employees - despite being asked to remove such posts – he was considered trolling and abusive.

Paulsen said if Tarasoff is attaching public documents to his tweets that have been released by the City of Saskatoon, she questions why this would be considered offensive.