SASKATOON -- There may still be horse racing in the Saskatoon area despite Prairieland Park’s decision to close Marquis Downs.

A Saskatchewan First Nation plans to fill the void by developing land north west of Saskatoon to include a horse race track.

The development is being spearheaded by the Moosomin First Nation, which owns land near Highway 16, north west of the city, in the R.M of Corman Park.

"Moosomin Downs will be the answer to a renewed and diversified equine sporting industry. Prairieland Park assets will be donated in kind to this First Nations' endeavor, passing the torch of generations of horse racing from Marquis Downs to a new generation." 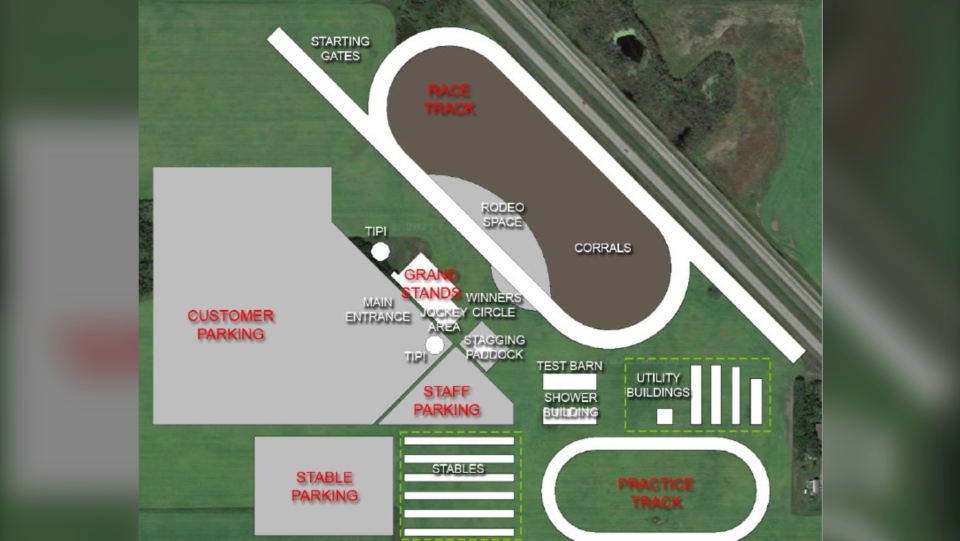 CTV News reached out to Prairieland Park for comment but have not heard back.

Chief Bradley Swiftwolfe of the Moosomin First Nation says the materials donated from Prairieland Park could include things like rails from the race track, though he said he was not fully sure of the details.

"Since Marquis Downs was closing, we kind of saw this as an opportunity to really start some discussions. Sure enough, we had quite a bit of interest. Other First Nations who are involved in horse racing reached out to us," Swiftwolfe said.

Swiftwolfe says they are still doing a feasibility study, but he believes the development provides a big opportunity.

He says they are looking at economic models and ways to generate revenue and resources to sustain horseracing.

"We're looking at other avenues to generate some resources to pay the bills to keep the lights on," Swiftwolfe said, adding the project would also create jobs.

Swiftwolfe could not provide a timeline on when the track or any amenities would be built.

"It has been months since first discussions and with anticipation, we have been eagerly waiting to announce together that the RM of Corman Park can look forward to Moosomin First Nation's development," said Corman Park Reeve Judy Harwood in the joint news release. "In the spirit of reconciliation, we support our Treaty partners and neighbors."