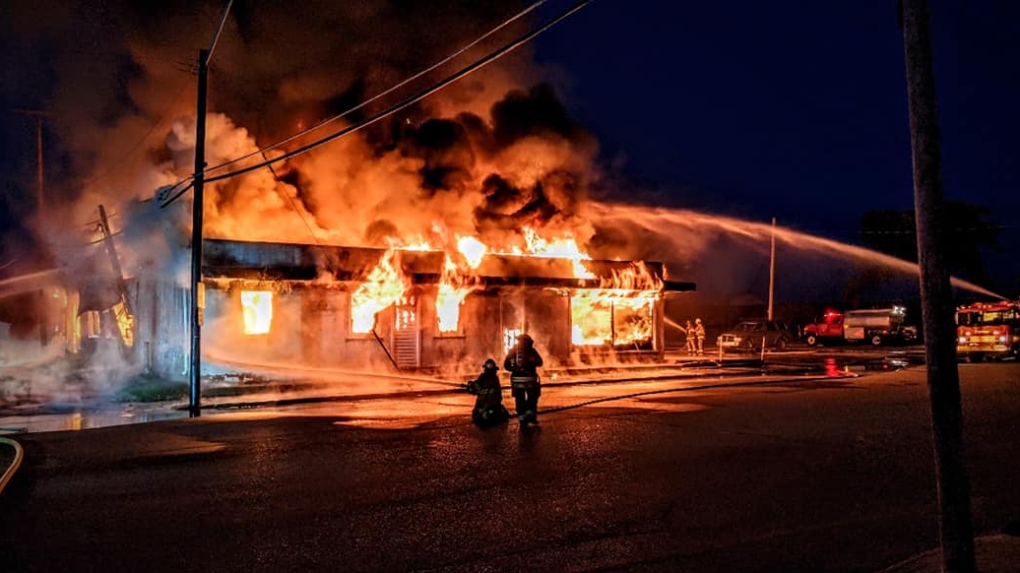 On Aug. 1 just after 2 a.m. the Davidson volunteer fire department was called to an automotive repair shop at the corner of Washington and Railway Streets. Upon arrival firefighters found flames inside the main structure and in a single detached garage.

About an hour into the call, Don Willner with the Davidson fire department said his crew realized the shop could not be saved.

“Once we realized the scope of the hazards inside, with oxygen tanks and vehicles inside we decided to shift our plan to more of a defensive attack,” Willner said, adding he called on the Craik fire department for assistance.

“At one point we had five lines on that building, we were attacking from the exterior and the interior.”

Firefighters continued to fight flames up until 1 p.m. on Saturday. Willner said a fire investigator was on scene already and will be returning to try and determine what caused the fire.