A large pile of scrap could be seen burning at Affiliated Auto Wrecking with thick, black smoke rising in the air.

In addition to Martensville Fire Department, firefighters from Saskatoon, Dalmeny and Warman could be seen fighting the blaze. 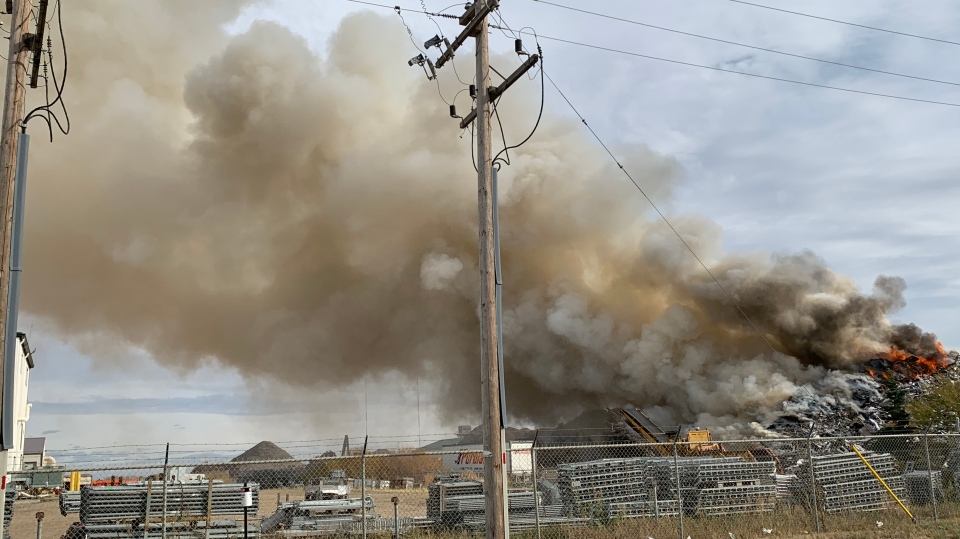 According to BN Steel & Metals Inc. which operates the yard, the fire began as a controlled burn and an ember flew into a pile of demolition waste.

Saskatoon Fire Department says the fire had progressed deep into the pile making it difficult to effectively apply water. 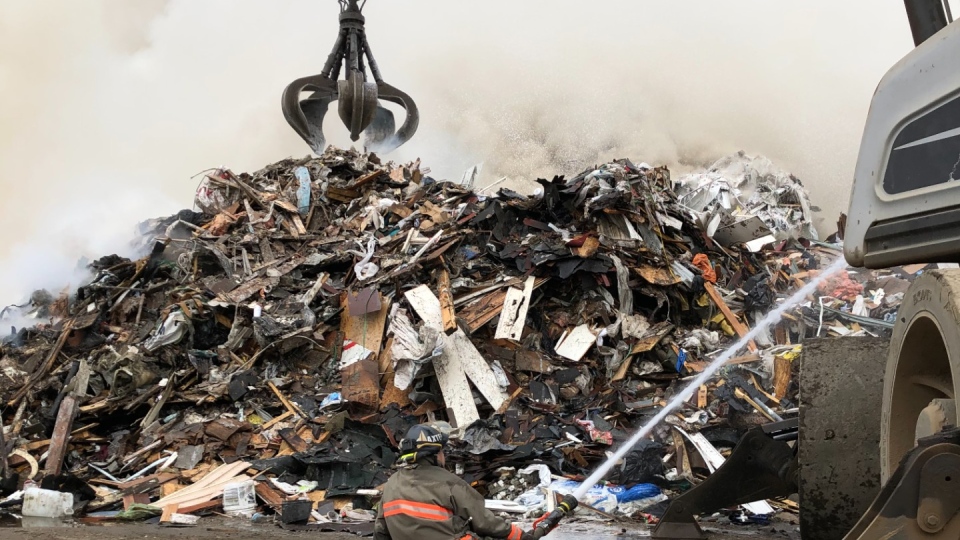 Heavy equipment was used to dig into the pile to reach the deeper seated areas of fire, and to create a fire break between the pile and an adjacent building.

Firefighters were on scene through the night to help bring this blaze under control, according to a news release.

The business said the scrap facility has been evacuated and the fire is under control.

No buildings or equipment were damaged.