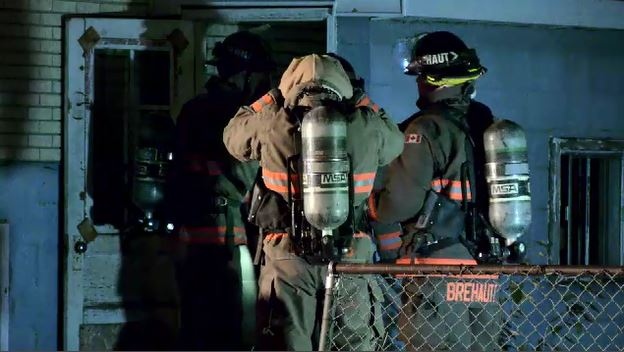 Firefighters put out a fire in a home on Avenue X South on Thanksgiving. (Ryan Fletcher/CTV Saskatoon)

Firefighters were called to a house fire in the Meadowgreen neighbourhood on Thanksgiving.

The Saskatoon Fire Department said it received a 911 call about a house burning on the 200 block of Avenue X South.

When crews arrived, black smoke was coming from the front of the house.

Firefighters first put out flames in the basement and were then able to get inside the home to get the rest of the fire under control.

The battalion chief said no one was in the home, and there were no injuries.

An investigator is working on determining a cause and damage estimate.