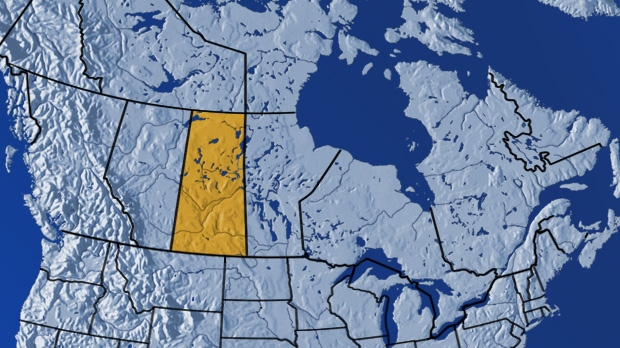 The province of Saskatchewan is seen in this map of Canada.

An independent tribunal has ruled the federal government owes a Saskatchewan First Nation millions of dollars from 130 years ago.

The Specific Claims Tribunal said in its decision that the federal government withheld treaty payments to Beardy's Okemasis First Nation between 1885 and 1888 following the Northwest Rebellion.

The federal government has 30 days to respond and could appeal.

Chief Rick Gamble says he's not celebrating just yet because he says the federal government likes to fight treat rights in the courts.

Gamble says if the money is paid, it will be split between band members and band administration.

The First Nation is about 90 kilometres north of Saskatoon.

Thirteen other First Nations in Saskatchewan could also be affected by the decision.

While Beardy's Okemasis First Nation was the claimant on the lawsuit, the other bands are listed as interveners.

Lawyer Ron Maurice said he hopes the government resolves all claims at once, rather than individually.

"After 130 years First Nations who wrongfully had their annuities withheld for alleged participation in the rebellion will finally get justice," vice-Chief Bobby Cameron of the Federation of Saskatchewan Indian Nations said in a statement.

"This is remarkable news for our Treaty First Nations, but there is still considerable work to be done to right the many injustices our people have suffered in other areas like natural resource development and the natural resources transfer agreement which was unilaterally imposed. We are committed to undertaking this work."