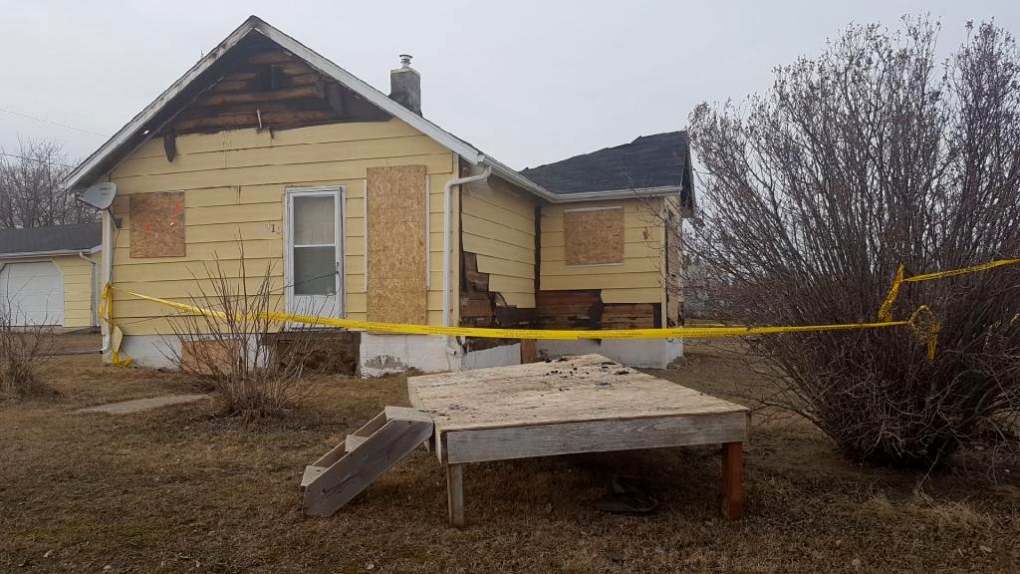 A home on Hudson Bay's Albert Street is shown here days after a fatal April 9, 2017, fire. A 51-year-old man was pronounced dead in hospital after the fire.

A fatal house fire in Hudson Bay over the weekend was the fifth fatal fire in the Saskatchewan community in the last 18 months.

A 51-year-old man was pronounced dead in hospital after the most recent fire, on Sunday, while a blaze last month at a mobile home ended in a 70-year-old man’s death. He was found dead after the fire was extinguished, according to police.

A fire in September of last year left a man and woman in their 30s dead. An 86-year-old man died in another fire months earlier, in April 2016, and a blaze in November 2015 ended in the death of a 71-year-old woman.

All victims lived in the homes, according to Minty. Fire investigators have so far declared four of the five fires accidental or not suspicious. RCMP are still awaiting a report on last month’s fire, but Minty said the blaze is currently not believed to be suspicious.

Police will be reviewing the files because the fires have been so frequent, she said.

“We are reviewing the files because there are so many. That’s such an odd situation. We should review them again because of that, but that’s the only reason at this point,” said Minty, who was in Nipawin previous to joining the Hudson Bay RCMP detachment last year.

Police will review all aspects of the fires, but Minty said response times from Hudson Bay volunteer fire crews likely won’t be a top concern.

“This is a really active volunteer fire department. They’re well equipped and well trained. They have a very strong leader,” Minty said. “Everything will be looked at, but I know the response times were good.”

She wasn’t sure how many of the five homes were equipped with smoke detectors. She recalled a smoke alarm going off at the April 2016 fire and said no detector was present in last month’s mobile home blaze.