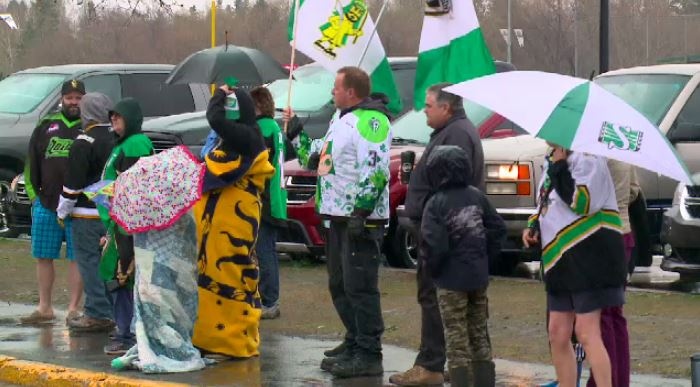 Dozens of dedicated Prince Albert Raiders fans braved the pouring rain to show their support as the team headed off to Halifax for their Memorial Cup showdown.

After taking a moment to themselves near the ice where they squeaked out an overtime win over the Vancouver Giants to clinch the WHL championship, the Raiders filed out to a waiting bus.

The team was accompanied by a police escort as they traveled to the airport as they prepare for their next challenge, Friday’s matchup against the Halifax Mooseheads.