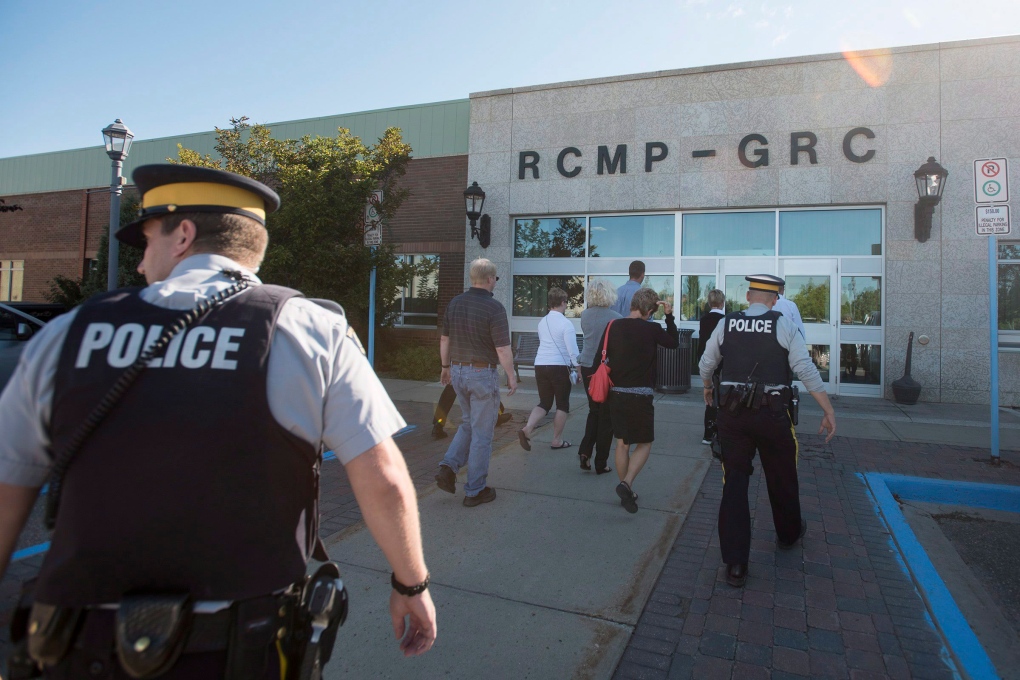 Members of Gerald Stanley's family are escorted by RCMP in North Battleford on Thursday, Aug. 18, 2016. Stanley is charged in the shooting death of 22-year-old Colten Boushie. (Liam Richards/The Canadian Press)

The following is a statement released by the family of Gerald Stanley, who is charged with second-degree murder in the Aug. 9 shooting death of Colten Boushie on a rural property near Biggar:

The Stanley family wishes to express condolences to the family of Colten Boushie. His death is a tragedy.

A number of media outlets have contacted the Stanley family seeking their side of the story.

While the circumstances of the incident are not as simple as some media reports have portrayed, the Stanley family will reserve comment until completion of the criminal process.

Although the rampant speculation and misinformation is frustrating, it is not the place for, or reasonable to expect, the Stanley family to correct the public record.

Rather, justice, for both Colten and Gerry, requires that the facts of this matter be presented and tested in the appropriate judicial forum.

We hope that all will reserve judgement until those facts are established.