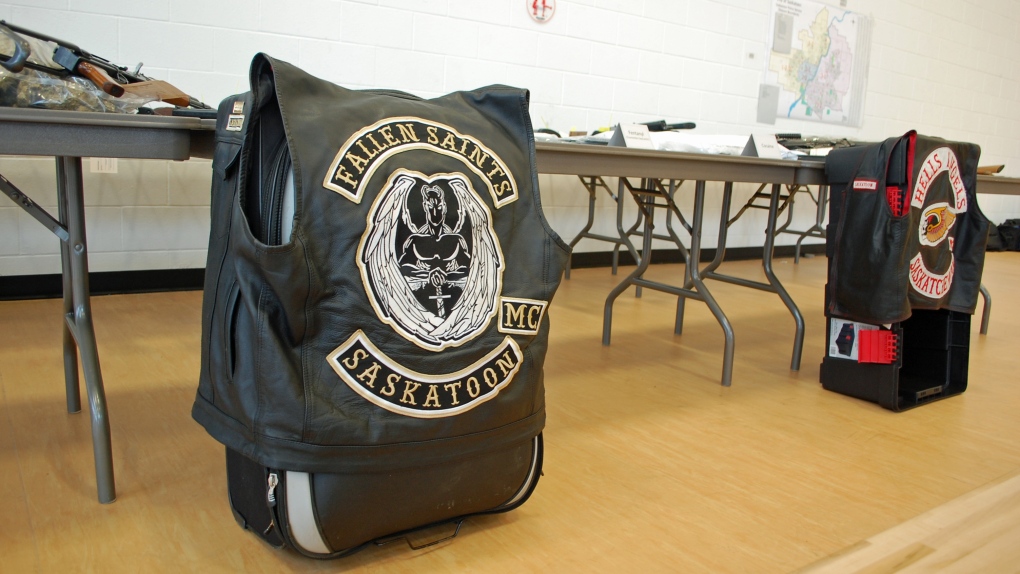 Saskatoon police allege 11 of 14 men arrested during raids in January 2015 are tied to the Fallen Saints while two are members of the Hells Angels.

A member of the Fallen Saints motorcycle club arrested in the Project Forseti raids has been sentenced to 18 years in prison.

Justin Smith was sentenced Friday in Saskatoon’s Queen’s Bench Court after pleading guilty to nine charges over the span of his five-day trial this week.

The 34-year-old was one of 14 people arrested Jan. 14, 2015, after Saskatoon police and RCMP raided nearly 20 properties across Saskatchewan and Alberta in one morning.

His sentence includes no eligibility of parole for nine years and conditions prohibit him from ever owning or possessing guns. He must also provide a DNA sample and forfeit his Fallen Saints memorabilia.

Federal Crown Prosecutor Douglas Curliss said factors in deciding Smith’s sentence included his 26 previous criminal convictions. He was on bail when all of the offences he pleaded guilty to were committed and was prohibited at the time from possessing firearms.

The Crown asked for 20 years, while the defence requested nine.

Project Forseti, an investigation into organized crime, began in November 2013.

More than five kilograms of methamphetamine, 2.6 kilograms of cocaine, 107 grams of heroin, 145 pounds of marijuana, 456 dilaudid pills, 454 grams of hash, and 3,358 counterfeit Oxycontin pills — or fentanyl pills — were seized by police during the raids. Seven vehicles, $100,000 in cash, tens of thousands of ammunition rounds, four ballistic vests, one conducted energy gun, and about 200 firearms were also taken.

Hundreds of charges were laid in the investigation.