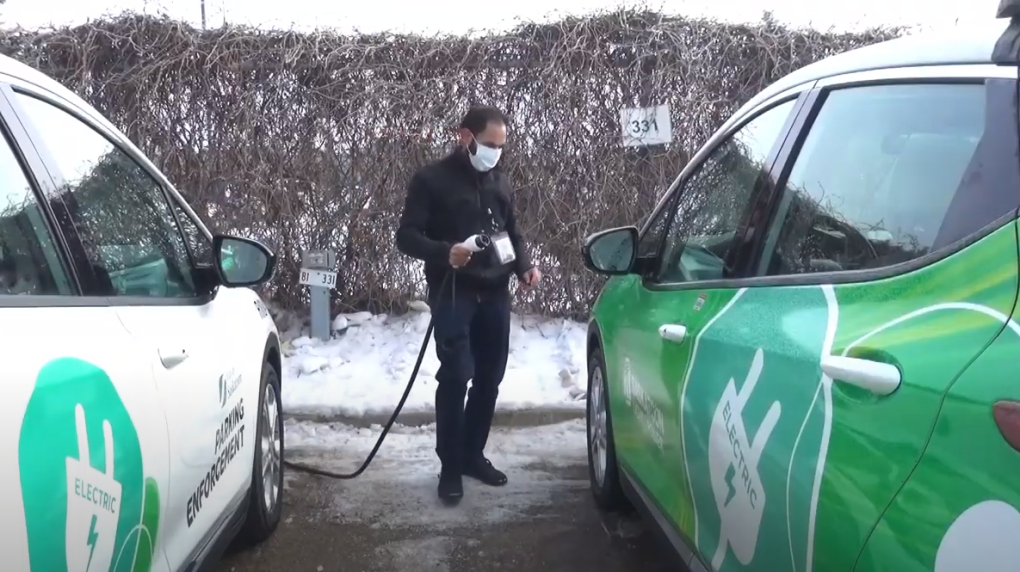 SASKATOON -- The City of Saskatoon is adding a handful of electric vehicles to its fleet.

As part of a pilot project, the city is leasing four electric battery Chevy Bolts.

The vehicles will be used by Saskatoon Light & Power and facilities management workers and parking enforcement, the city said in a news release.

During the pilot, the vehicles and their charging stations will be studied to determine how well they perform, if they meet standards and their overall cost.

"Electric vehicles are new, but with changes to our climate and legislation, they are expected to become the new normal," roadways and fleet director Goran Saric said in the release.

“By piloting these vehicles now, we can properly prepare for the infrastructure they require, as well as benefit from their lower greenhouse gas emissions, lower maintenance costs and cleaner energy source.”

The city estimates the vehicles will cut its corporate greenhouse gas emissions by four to six metric tonnes of carbon dioxide every year which it says is equivalent to 4,400 lbs of coal burned or the need for 66 tree seedlings to be grown for 10 years.