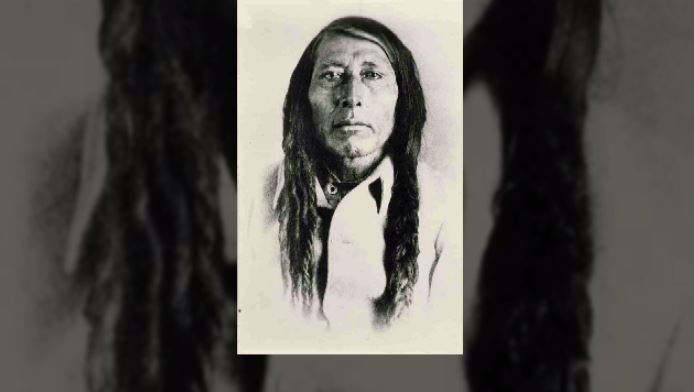 Chief Poundmaker is credited with saving many lives during the 1885 Northwest Rebellion.

Chief Poundmaker’s formal exoneration will cement his legacy as a peacemaker and hero rather than a traitor and villain, Poundmaker Cree Nation’s headman says.

“We always knew. We were educated by our historians, our researchers, our activists, our elders that Poundmaker did nothing wrong 134 years ago. He should never have been charged. The trial he went through today would not be acceptable.

“We’ve been asking for some justice for many decades now, and finally it’s going to happen.”

Prime Minister Justin Trudeau is scheduled to visit Poundmaker Cree Nation, near North Battleford, on May 23 where he will deliver a statement of exoneration on the country’s behalf for Chief Poundmaker.

Poundmaker is credited with saving many lives during the 1885 Northwest Rebellion by holding back his warriors and allowing government troops to retreat after a battle. He later surrendered and was sentenced to three years in prison. He served seven months and was released due to poor health, and died at the age of 44.

Tootoosis said he believes the exoneration has been so long in coming due to Canada not accepting the truth as to what really happened, an unwillingness to listen to First Nations grievances and also “systemic racism.”

“I think we’re in an era now where the federal government is at least open to talking about truth, justice and reconciliation.”

He likened the exoneration to former Prime Minister Stephen Harper’s apology for residential schools, which Tootoosis said was shocking for a lot of Canadians who didn’t know that part of Canadian history.

He also wonders what positive things could have happened had events unfolded differently.

“I think events like this will help elevate that conversation, that crucial conversation we have not had for a large part of the past century.”