'Everybody would just kind of like to have a hug': Snow sculpture in front of Saskatoon home warms hearts 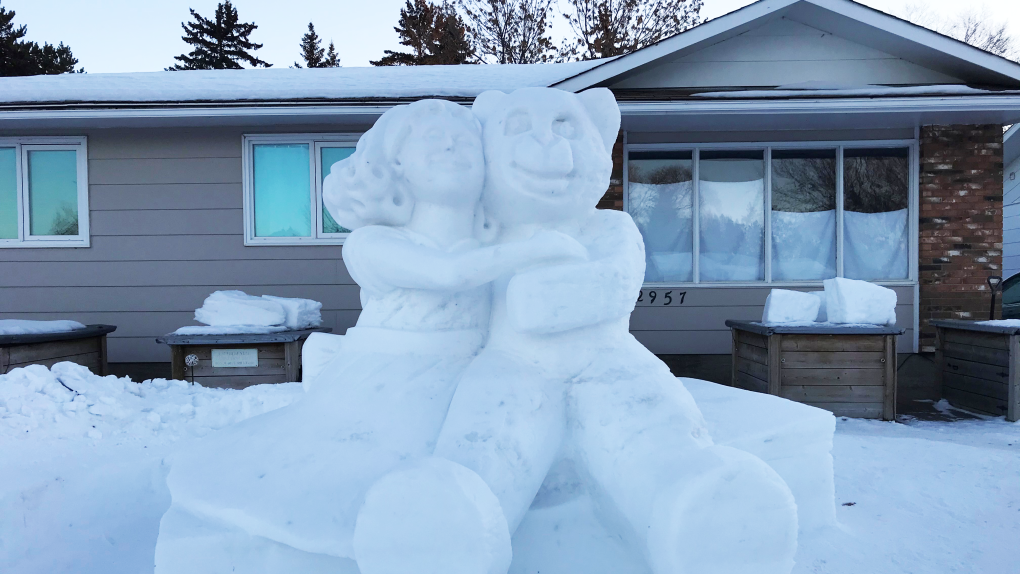 A snow sculpture in front of a Saskatoon sends a warm message during the pandemic. (Dale Cooper/CTV News)

SASKATOON -- While the pandemic has forced a global-trotting, award-winning husband and wife snow-sculpting team to stick close to home this winter — it has also given the pair a chance to send a personal, heartwarming message from own their front lawn.

"This sculpture is called hug and it really sort of related to everybody being socially distant and holiday time and no one really getting that human contact with family and friends. Everybody would just kind of like to have a hug and get together." Theresa Wright said in an interview with CTV News.

"I remember giving my nieces teddy bears for Christmas and how they hugged them and took them around and it's something you can actually do. You can hug a teddy bear and get that feeling of a hug," Wright said.

Usually, this time of year sees Wright heading to competitions throughout Canada, or even across the globe, to showcase her snow-carving skills, creating sculptures with the help of her husband Terry Ouellet.

"Normally we travel someplace, whether in Canada or outside the country. But with this year, no travelling, so it was a good time to do one in our yard," Ouellette said.

A fall snowstorm that dumped an estimated 20 to 30 centimeteres on the city made gave the couple the perfect raw material to build the sculpture once conditions were right.

"When people ask me I usually tell them I'd love it to be minus 10, you know with just a little bit of sunshine every now and then," Ouellette said. 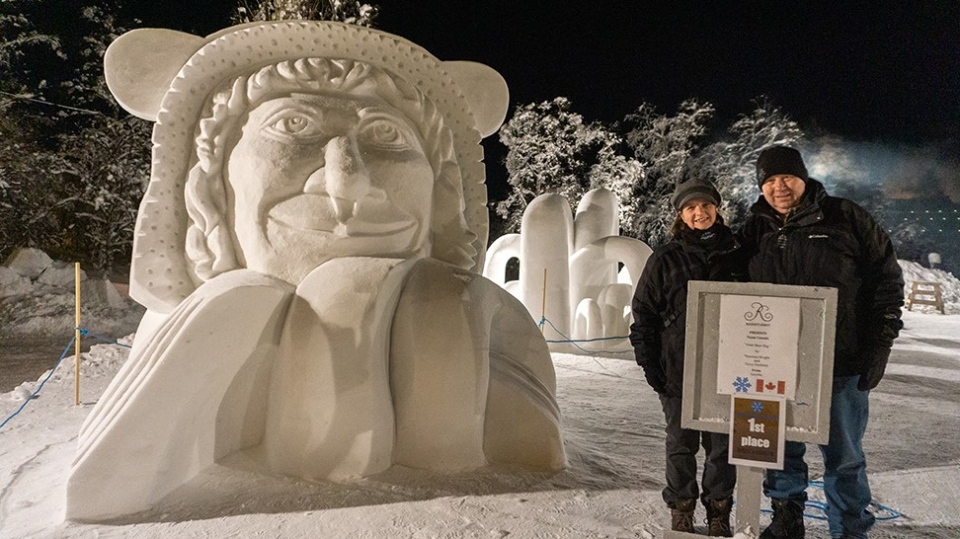 Wright has been carving snow competitively for 26 years. However, Ouellette calls himself a relative newcomer, with somewhere between 15 and 16 years under his belt.

"He got started from meeting me. On our first date, I said I did snow carving and he said he liked shovelling snow," Wright said.

The couple said the sculpture has received praise from both the neighbours who watched it take shape and people passing through and discovering it for the first time.

"They come by and look and if we're outside, they talk to us. Everybody seems to really appreciate the amount of time and the work it took and the sentiment of the message. So that's very encouraging," Wright said.