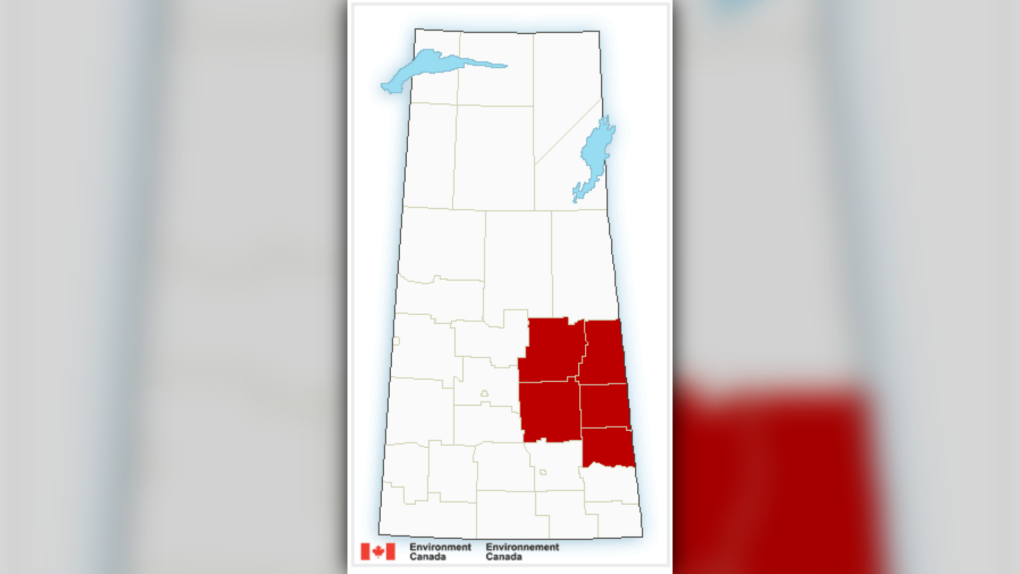 Environment Canada has upgraded its special weather statement to a snowfall warning for parts of southern Saskatchewan on Saturday.

SASKATOON -- Environment Canada has upgraded its special weather statement to a snowfall warning for parts of southern Saskatchewan on Saturday.

The first pair of low pressure systems will begin affecting the southern part of the province Saturday night bringing in significant precipitation to the northeastern grain belt.

The following areas have received a snowfall warning:

Environment Canada says most areas will see a period of rain overnight or Sunday morning and as temperatures cool, 15 to 25 cm of heavy snow is expected to set in during the day.

A second system stalling to the east will bring waves of additional snowfall on Monday and Tuesday, Environment Canada says.

During this time, the grain belt will receive an additional 10 cm of snow.

Further snowfall warnings may be expected to other areas of the province.

Visibility may be suddenly reduced at times in heavy snow.

"Temperatures falling below zero, things can get slippery so it's all the usual preparations for any sort of winter storm," Jason Knight, a meteorologist with Environment Canada told CTV News.

"Of course we get these set backs from time to time, it's not too unusual this time of year and it is bringing much needed moisture to the area."