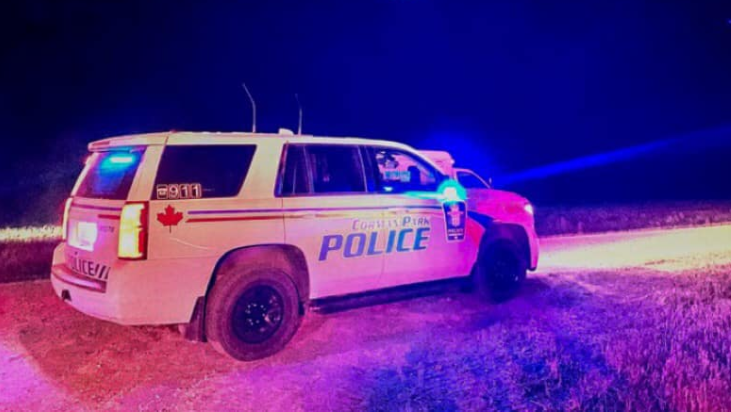 Corman Park police responded to a rollover near Clarkboro Crossing on Sept. 19. Photo by CPPS

SASKATOON -- A lone occupant in a vehicle that drove off a cliff near Warman is in stable condition following a crash Saturday night.

On Sept. 19, at around 11:15 p.m., Corman Park police responded to a call about a vehicle that drove off a cliff at a high rate of speed and rolled down the west riverbank of Highway 784 near Clarkboro Ferry, police said in a news release.

Police said the driver is in stable condition.