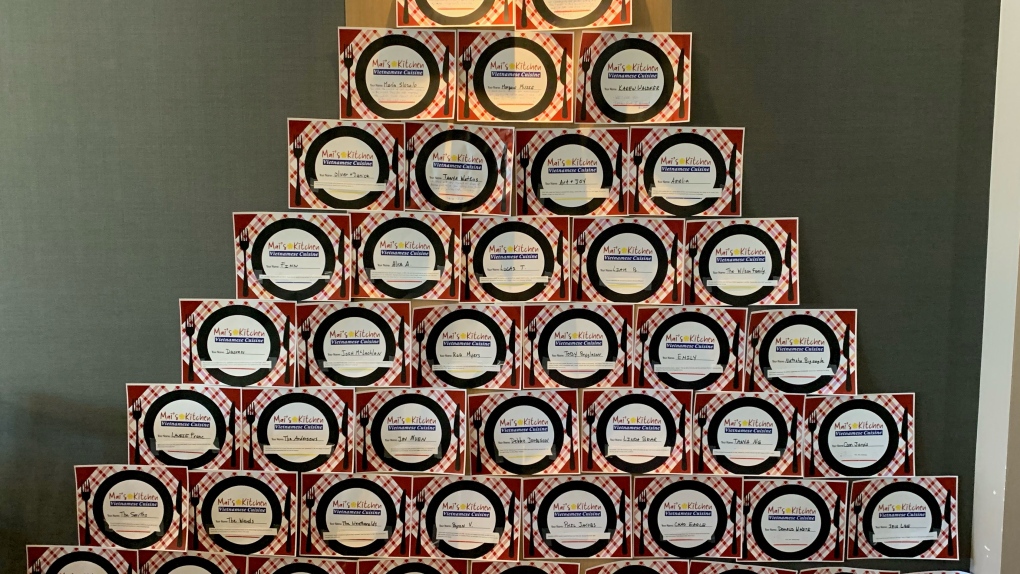 More than 50 people shared cards of kindness to Mai's Kitchen on Feb. 15, 12 days after a racially-charged interaction with a customer was shared in a video on social media. Tyler Barrow/CTV Saskatoon

SASKATOON -- A Saskatoon restaurant was showered in appreciation on Monday receiving more than 50 cards in support of the establishment following a racist incident nearly two weeksago.

On Feb. 3, a video shared on social media captured a customer at Mai’s Kitchen in Stonebridge, swearing and making racist comments towards employees. The heated exchange occurred after the customer was refused service for not wearing a mask inside the restaurant.

“When I heard this happened in our city and specifically in my neighbourhood, a few blocks from my house at a place that we know and frequent often, it was just no brainer for me to do something that I can do within my power,” said Trystan Meyers, the organizer of the kindness cards delivered to Mai’s Kitchen.

Meyers started a GoFundMe page to help draw people's attention to what he was trying to accomplish. He also had people reach out to him through phone and email. He then shared people’s messages on the cards and delivered them to the restaurant.

“We love you. Spread love not hate. Thank you for being strong and part of our community," one of the cards said.

“We thought that this was just going to be a small thing and not as big as this,” said Mai’s Kitchen Manager Quang Pham. “All the families and gifts and support that Saskatoon’s reached out has really been super-overwhelming.”