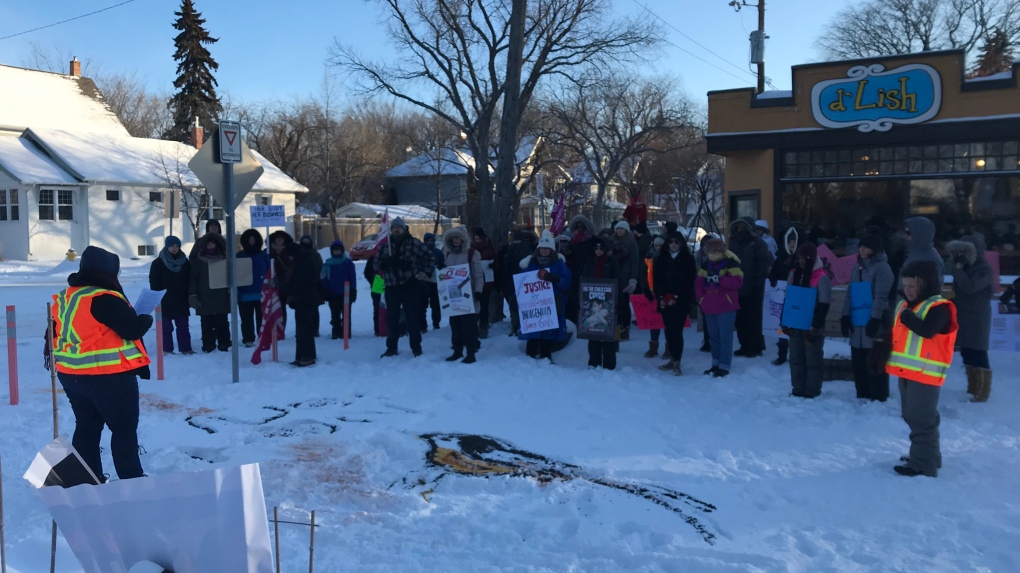 SASKATOON -- Dozens of people braved the Saskatoon cold on Saturday to take part in the 4th annual Global Woman’s March.

“It definitely makes you feel like a part of something bigger. Here in Saskatoon we are only so many people, especially with the weather,” said Kate Lardner, Women’s March Global Saskatoon spokesperson.

The group of both women and men came together at 4 p.m. meeting at D’lish by Tish in the Nutana neighbourhood and then proceeded to walk down Saskatoon’s Broadway bridge.

“We are focusing on the issues of consent and education around consent.” Lardner said.

Speakers as well as a local choir performed after the event which focused this year’s them on human body rights and personal autonomy.

Many in attendance brought their own signs, with many of the signs provided by Women’s March Global from the previous weekend when they hosted a sign-making meet up.

The annual event first began in 2016 following the U.S. election where millions of women took to the streets to protest and raise awareness about women’s rights.

The Saskatoon chapter of Women’s March Global are currently raising money for a local charity called Moon Time Sisters as well as raising funds to help with the fires in Australia.