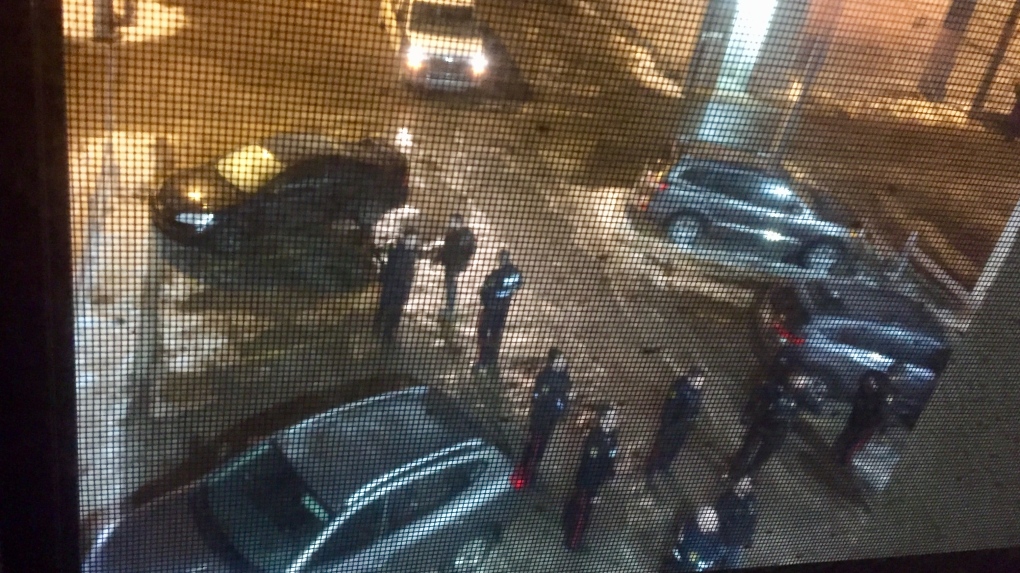 Around 1:50 a.m. Friday, the man was walking in the area when he was approached by three people. The suspects reportedly threatened him with a handgun, a machete and a small knife, before slashing and beating him, according to police.

The victim was taken to hospital with non-life-threatening injuries.

Moments after the assault officers located people inside a nearby convenience store matching the preliminary descriptions. Two fled on foot, while another was taken into custody, police say.

A track by members of the Canine Unit did not result in arrests, however an imitation firearm was found.

One suspect is described as five-foot-eight, about 30, with thin black hair. He was wearing a black bandana at the time of the incident.

The other is described around 40-years-old, with a muscular build, bald with facial stubble. He was wearing a bright green sweater and blue jeans.