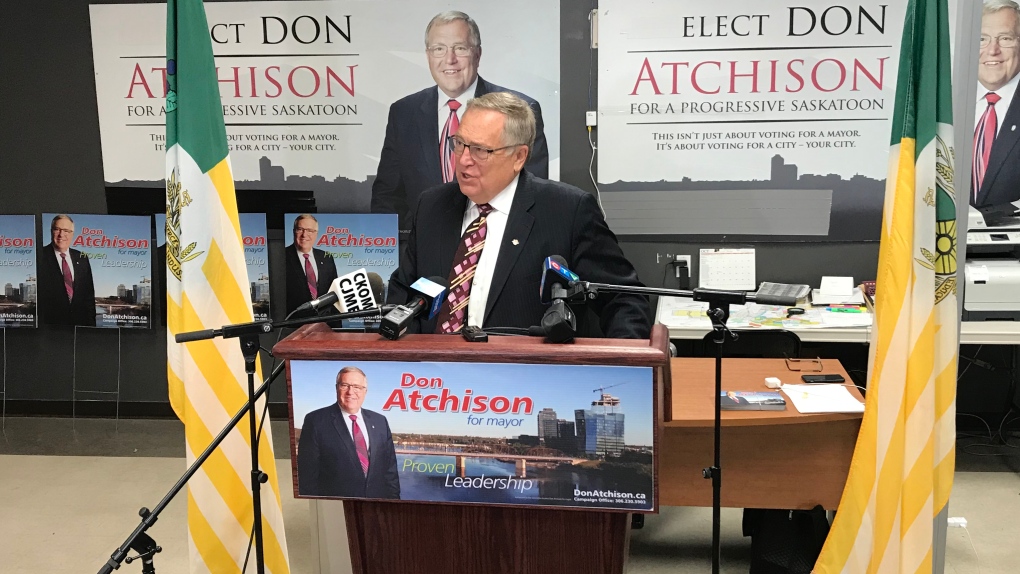 SASKATOON -- Mayoral Candidate Don Atchison is pushing for more funding to the Saskatoon Police Service in a plan to make the city safer, he announced Friday at his campaign office.

Atchison pointed to the raising crime statistics in the city and said Saskatoon “must return” to policies and funding that occurred while he was mayor.

Atchison was Saskatoon’s longest-serving mayor for a record-setting 13 years — from 2003 to 2016.

“We know what works. The previous results during my term prove that,” he said.

“It’s time to turn the lip service of the past four years into serious, properly funded, professional police service that everyone can appreciate and respect.”

“I have seen over and over again where focused policing, data-driven analytics and focus on criminal hotspots has driven crime down. Put the police where they are needed,” Shalovelo said in his video, titled Community Safety.

Atchison said he would make safety a priority by working with “various agencies and levels of government to improve the lives of all citizens.”

Clark said he would expand the Police and Crisis Team model to make more addictions and mental health workers available on the frontlines.

Clark would also expand evening programming for youth to empower them to “make safe choices” and “fix up boarded up houses and nuisance properties,” his online plan reads.

“If I have the privilege of being mayor, first thing’s first, I’m going to serve as the (police) board chair and make sure there’s a firm sense of direction,” Norris said in an interview with CTV News earlier this month.

“Crime and safety and security go together with economic activity. If people have proper homes to live in and a job, they’re less likely to be involved in crime,” Tarasoff said.