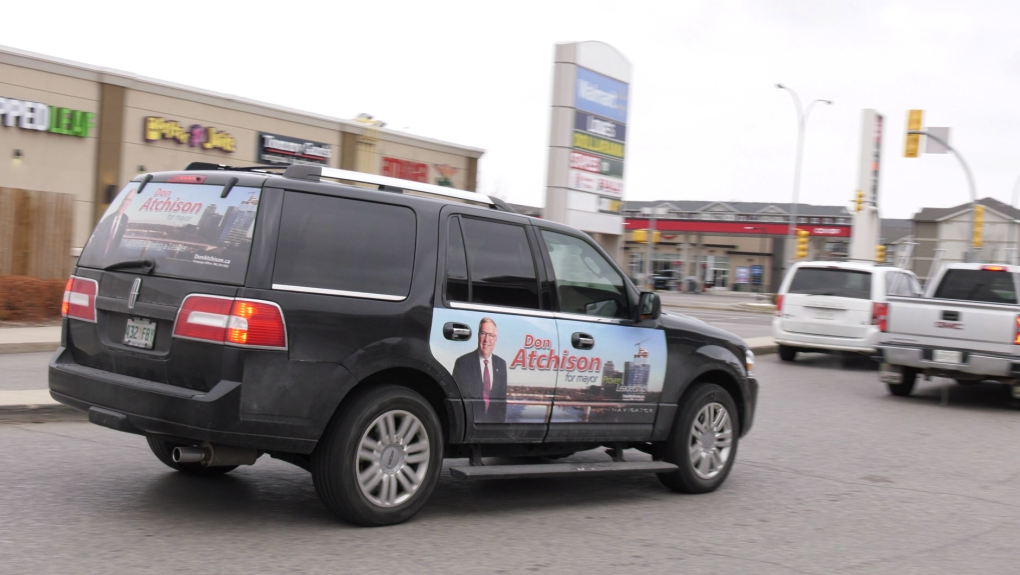 It began at noon at the Walmart in Blairmore and ended at Centre Mall about an hour later.

“It went extremely well because we didn’t expect that many people to show up,” said supporter Saroar Hossen.

Hossen, as well as many of those who were in attendance are new Canadians, having recently come into the country and set up their life in Saskatoon.

They planned the rally themselves.

“We tried to announce to people we are trying to support Mr. Atchison, we are just showing people that we are lots of people supporting Mr. Atchison,” said supporter Shakhawat Hossain.

Due to COVID-19 rules about gatherings, people spent much of the event in their cars, physically distanced from each other while they drove through town.

At the end of the rally, Atchison addressed his supporters briefly, thanking them for hosting the event and making it out despite the pandemic and the cold weather.

”They wanted to get together in a larger group but they couldn’t because of the pandemic. What they wanted to do was just show their support,” Atchison said.

“I really am so grateful for all our newcomers that have come out and joined and supported us along the way. They want to have Saskatoon be a better community, a stronger community.”

The municipal election will be taking place on Nov. 9.