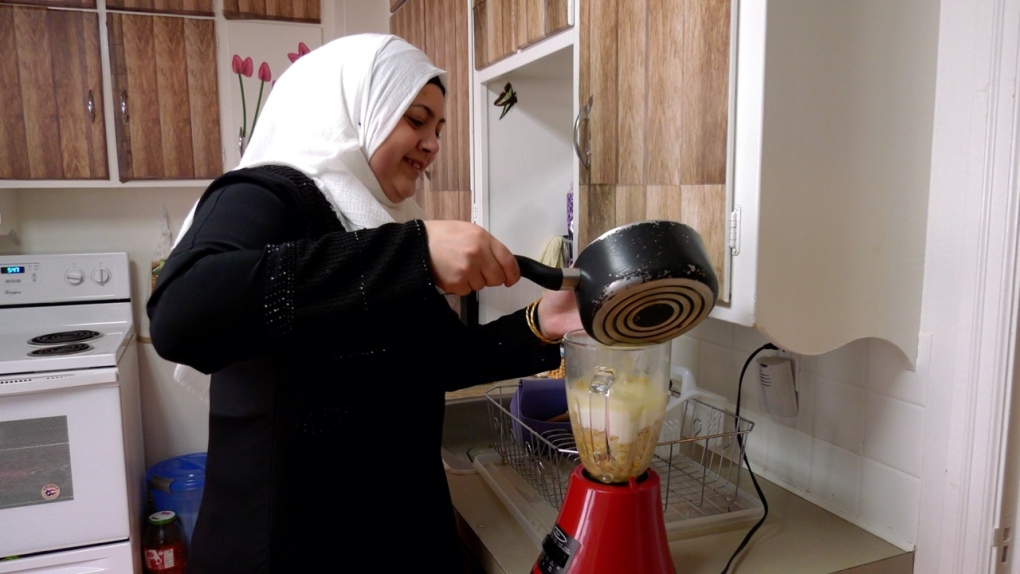 Pottery, jewelry making and painting classes are continuing along with Syrian cooking, sushi making and Cree language classes in the fall and winter programming at the Prince Albert Arts Centre.

“I believe the programs we offer here go a little ways to let people learn more about different cultures which then brings understanding and possibly respect and that does away with racism,” said recreation programmer Fran Karakochuk from the City of Prince Albert Community Services Department.

Syrian cooking class in the spring was full with more participants on a waiting list.

“I like showing the Canadians about my culture and what we are like as Syrians because before we all came they didn’t know much about us,” instructor Fouz Bozan said.

Bozan came to Prince Albert as a refugee in December 2015 with her husband and three young children. She has told her immigration story to the students in the class when asked and explained what it’s like in her homeland.

“English as a second language it’s a little bit hard when they asked me some questions and they have to explain to me what they mean,” Bozan said.

A Cree language class has been running for several years and is also well attended.

“We are very open to other people who might want to teach some crafts of cooking from their culture,” Karakochuk said. “People seem to like the new programs because they are very popular.”

Bozan met many new people through teaching the class. “I saw the Canadians like new things. They like to try different dishes and different food.” Bozan said.

“We are becoming such a melting pot in Prince Albert especially with so many different cultures coming into our community and pretty soon we are just going to be one.” Karakochuk said.

“The more they know they will understand that we are all just people.”