PRINCE ALBERT -- A wildfire that prompted the City of Prince Albert to declare a local state of emergency has crept closer to the city.

The fire originated in a remote area about eight kilometres northeast of Highway 55 and Cloverdale Road. The state of emergency was declared late in the day on Monday.

“About one o’clock in the morning the wind shifted and it blew embers across the highway so now it’s on the south side of Highway 55,” Prince Albert Mayor Greg Dionne told CTV News.

Dionne said firefighters are now working to keep the fire away from a commercial greenhouse that lies within the city limits. He said heavy equipment is creating fire guards around some properties to disrupt the fuel path of the fire. 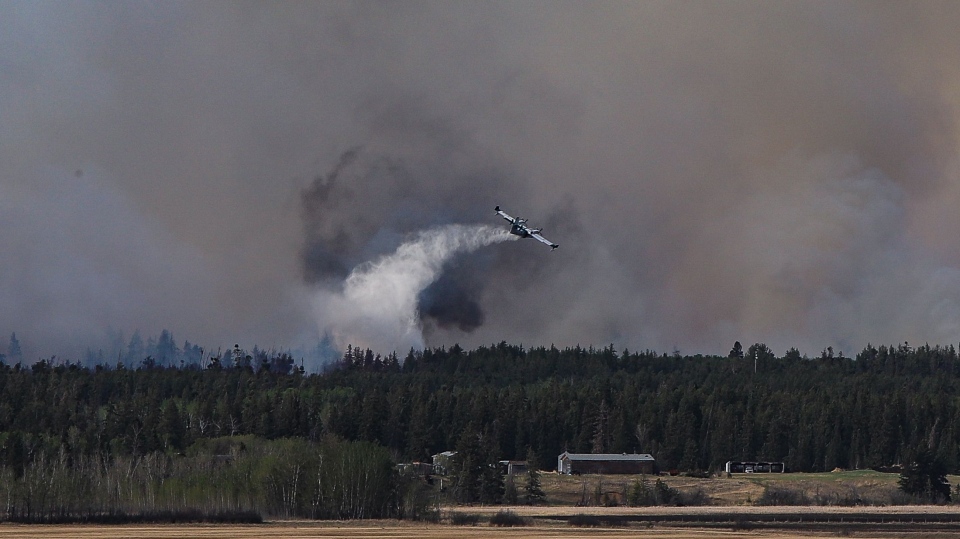 Residents south of Highway 55 should be prepared to evacuate, Dionne said.

Motorists who planned to enter Prince Albert from the north using Highway 55 will have to use Highway 355 West at Meath Park and Highway 2 South.

So far, no homes have been lost to the fire. The chief of the Prince Albert Fire Department Kris Olsen said crews worked all night putting sprinklers out and soaking properties.

“I’m very proud of our men and women at the fire department. We have 38 members and we have 35 fighting the fire,” Dionne said.

Thirty-six homes within the city are threatened. Residents and businesses in the RM of Buckland have been ordered to evacuate.

A stockpile of logs at the Carrier Forest Products Ltd reload site were destroyed by fire. However, the outlying buildings at the site were saved.

Shannon Graham lives on the Evergreen Road and had to evacuate Monday. She said it was difficult to leave her home.

“We’ve had a few fire scares over the years but this one was definitely a real threat because it was straight across the road from my property,” said Graham, speaking to CTV News on the side of the highway.

Graham’s family put sprinklers on the roof of their house before they left.

The City of Prince Albert says those that evacuate can go to the Margo Fournier Centre, where they will be asked to register and will receive further instruction.

Michelle Fowler came to the evacuation centre and is concerned about the horses and livestock she left behind.

"How is it going to be and what am I going to return to. And how are my animals going to be - just craziness," Fowler said Monday night. 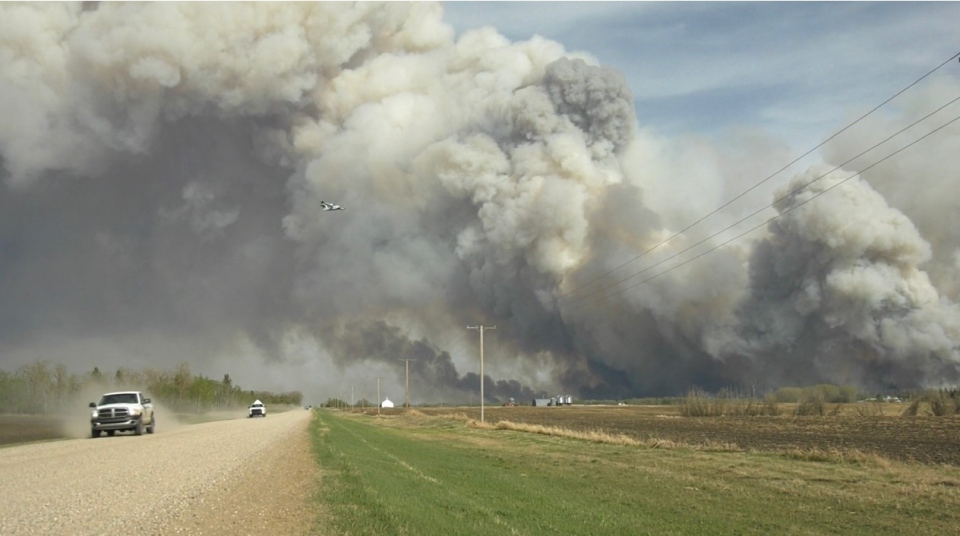 Twenty-eight households have registered with the evacuation centre in Prince Albert’s downtown. Evacuees without family or friends to stay with are being sent to hotels.

The cost of the accommodations is being covered by the province of Saskatchewan for the short term. There are no plans for the evacuees to return home at this time.

The Saskatchewan Public Safety Agency (SPSA) has estimated the fire’s size at 3694 hectares. The City of Prince Albert says it spans over 40 kilometers.

“We’ve had a dryer spring in the Prince Albert area and when this fire started we were experiencing a fairly high wind event which drove the fire from its start so it increased in size very quickly,” said the SPSA vice-president of operations Steve Roberts.

With a forecasted high of 28 C and moderate to high winds the SPSA says crews are battling flare up within the fire perimeter.

“We will be active on the perimeter to do our efforts to ensure the fire perimeters doesn't grow in size, but there still may be activity well within the fire,” said Roberts. 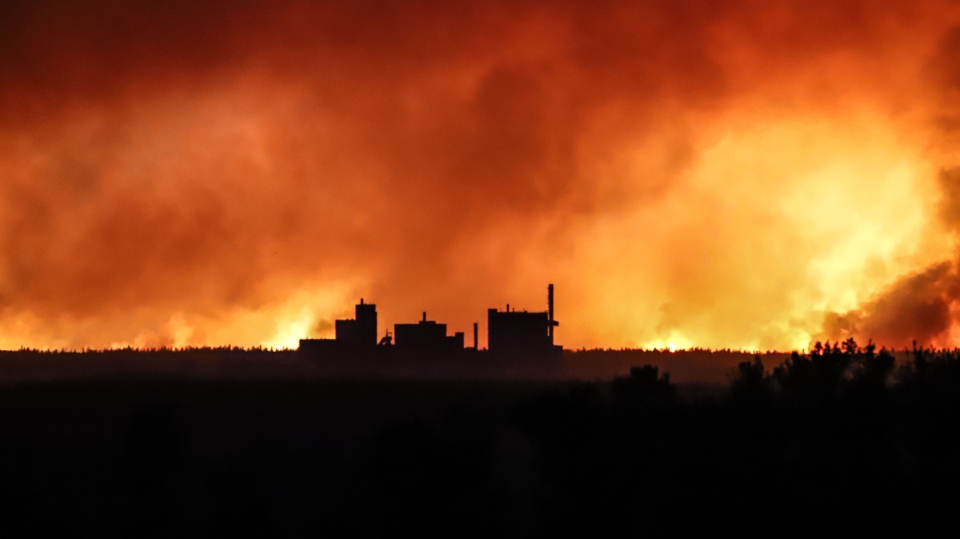 The SPSA is battling the fire from the air with multiple air tankers and helicopters. Ground crews and heavy equipment are also working on the ground to contain the blaze.

Roberts says a forecast for cooler temperatures on Wednesday will help crews with containment and suppression efforts.

“Most of the activity was heat and wind related so as we get past that, it will allow us to get some good active guards and some containment on this fire,” Roberts said.

Electricity utility service is off to close to 9,000 customers. SaskPower says transmission structures were burned to the ground and that’s affecting service.

SaskPower said in a news release Tuesday evening the fire prevented crews from gaining access to the affected area to begin repairs, but will being 'round-the-clock' work to repair damaged lines once they have permission from the fire commissioner.

"The duration of the work will depend on the number of structures destroyed and the condition of the conductor wire. Currently, SaskPower is aware of 15 structures that will need replacement, and it is likely that more will be damaged, as the fire remains uncontained." the news release from SaskPower says.

The SPSA says is working with SaskEnergy to shut off natural gas to the area.

In a news release Monday night, the City of Prince Albert described the fire as "fast-moving" and urged people living or working north of Highway 55, east of Cloverdale Road and west of Honeymoon Road to leave the area immediately.

In an update Monday evening, the city's fire department said weather conditions were aiding the wildfire.

"A relative humidity of approximately 17 per cent and then this afternoon the wind was up over 40 kilometres per hour so with a very low humidity like that the high winds, once a fire starts it contributes to a rapid growth to it," Deputy Fire Chief Alex Paul said.

Mature forest provided fuel for the fire, he said.