COVID-19 updates for Saskatoon and area for Wednesday, May 27

Two more people have died from COVID-19 complications, according to the Government of Saskatchewan.

The two people, one in their 80s and the other in their 60s, are both from the far north region.

The deaths bring the number of COVID-19-related deaths in Saskatchewan to 10.

There are also three new COVID-19 cases, bringing the provincial total to 637. Of the 637 cases, 68 are considered active.

The province has extended the State of Emergency for an additional two weeks, a spokesperson said late Wednesday in a note to media.

Nelda Maurice’s daughter is remembering her mother as generous, outgoing and making the best bannock.

The 64-year-old died Monday, weeks after testing positive for COVID-19.

Maurice was a teacher’s aid and served her community of Île-à-la-Crosse — volunteering as a Girl Guide’s leader and in events supporting the Terry Fox Foundation and diabetes awareness. 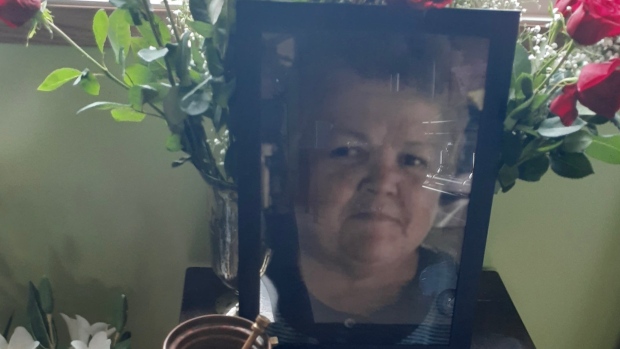 Saskatoon Transit will resume loading passengers and collecting fares at the front doors starting June 8. Fares were suspended in March to limit contact between drivers and passengers.

"Our team will always keep the safety of our customers and employees at the forefront of everything we do, which is why we went to rear door boarding and suspended fare collection.” director Jim McDonald said in a news release.

“Saskatoon Transit is proud to provide transportation services our customers can rely on as we move into phase three of the Re-Open Saskatchewan Plan."

"Trampolines, I guess you could say, is the next toilet paper. This year, due to COVID, families are in their backyards, kids can't go next door to play with their friends. So, trampoline sales have been great so far,” he told CTV News.

He usually displays a few in his showroom but said he’s all sold out. 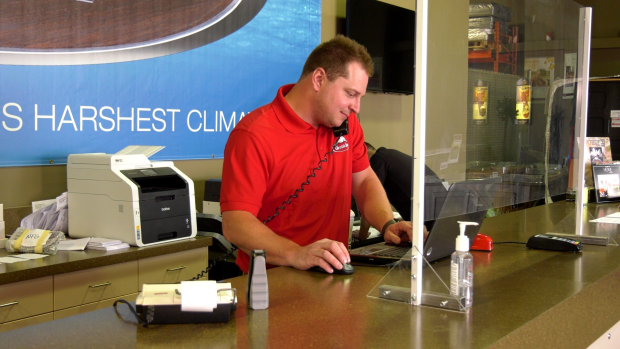 Kayakers back in business

After delays in training due to COVID-19, kayakers are back out on Wascana Lake.

The Wascana Racing Canoe Club reopened for experienced paddlers on May 19.

“I was so excited! Like constant happiness just the happiest I’ve ever probably been in my life,” Aysha Sparrowhawk said before her morning practice Wednesday.

Some parks to reopen

More than half of Canada's national parks — including Banff in Alberta, Pacific Rim in British Columbia and Cape Breton Highlands in Nova Scotia — are to reopen June 1.

Minister of Environment Jonathan Wilkinson says 29 of the 48 national parks will open for day use, and there will be access to washrooms.

“It's an opportunity for folks, particularly those who live reasonably close to national parks, to be able to get out in nature in a manner that can allow physical distancing,” he told The Canadian Press.

Despite the public health order limiting social gatherings during the COVID-19 pandemic, a Saskatchewan hamlet pushed through and put on a unique graduation ceremony for its class of 2020.

“It’s a really important time in their life and for me it was a really nice way to end a chaotic school year and leaving them with a sense of normalcy,” said Martin Link, principal at Cando Community School.

On May 22, five graduates from the Cando area, who attended the school had the chance to walk across the stage, collect their high school diplomas and mark the end of their time in high school, all while safely practicing physical distancing.

Link said each student had about an hour in the gym to themselves, where a photographer and videographer would capture cap and gown pictures.

While many currently working from home are still adjusting to awkward Zoom meetings, a Saskatoon high school choir found another way to put the video-conferencing app to use — with no mute button required

The Grade 9-12 students in Evan Hardy Collegiate's choir used the app to keep practicing together after Saskatchewan's schools were closed in March due to COVID-19,

The collaboration eventually resulted in a video where 48 separate performances, each recorded separately at home, are blended together in perfect harmony.

From dining rooms and living rooms, basements and bedrooms, 48 voices blend together in harmony as the @EHCISouls "quarantine choir" performs 'Connected' in a video each choir member recorded while at home. LEARN MORE: https://t.co/1ukqCpVeiu #spslearn #SPSLearnAtHome pic.twitter.com/aYvTSvlQ0P

A Saskatoon grocery store is planning to convert its parking lot into a drive-in movie theatre for one night next month.

The June 13  showing ⁠— limited to 60 vehicles ⁠— was quickly booked to capacity. However, in a post on its Facebook page the store asked anyone who won't be able to attend to notify the store, so spaces could potentially open up.

The province reported that aperson in their 50s who lives in Saskatchewan's far north had died after testing positive for COVID-19.

Another death was under investigation, the province said in its daily COVID-19 update.

There were no new confirmed cases of the virus.

As of Tuesday, there were 634 cases of the virus in Saskatchewan with 77 of the cases still considered active.

Of the 77 active cases, 65 were concentrated in the far north.

Those include Kerrobert, Herbert, Preeceville, Davidson, Wolseley, Arcola, Biggar, Leader and Oxbow, according to a news release.

In May, the SHA  limited care at 12 community hospitals in a move it said would help build capacity for a potential surge in COVID-19 cases and protect against outbreaks in the facilities. .

The Capitol Music Club in downtown Saskatoon has been offering live music for six years – but if it doesn’t get a cash injection from a fundraiser, it could close.

Co-owner Mitch Lupichuk said having the music stop at his venue  has been tough for him and the entire music community. “You don't know what you have till it's gone,” Lupichuk said of having to close the club abruptly because of the COVID-19 pandemic.