COVID-19 updates for Saskatoon and area for Wednesday, May 20

COVID-19 claims another life in Saskatchewan

In its daily update on Wednesday, the province said a person in their 60s who has tested positive for COVID-19 has died.

That brings the total number of deaths connected to the virus to seven.

There were 21 new confirmed cases of COVID-19 as of Wednesday according to the province.

Sixteen of the cases were found in the far north, including nine in La Loche and six in Beauval the province said.

One of the new cases was found in Saskatoon.

The province has had 620 cases of the virus since the beginning of the pandemic, 120 of the cases are considered active.

With more businesses reopening following the pandemic closures, the Saskatoon Farmers' Market will be opening a modified market starting Saturday.

While it’s welcomed by vendors, it also comes with uncertainty after a year of upheaval.

Michael Cavanaugh has been running Maduro Coffee at the market for five years and has been in business in the city for 30. This year is a lesson in adversity. 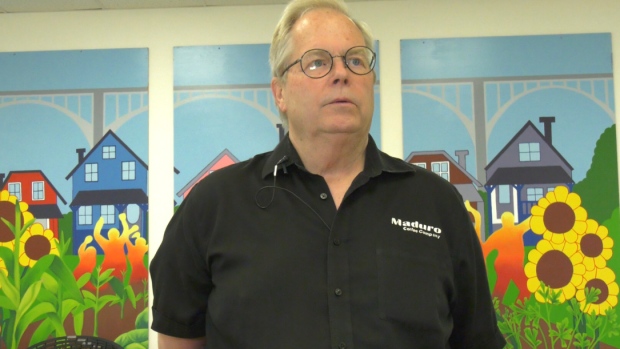 The Saskatoon Police Service (SPS) has reopened its service centre to the public but is asking people who don’t need to come in, to continue calling its non-urgent line instead.

The front desk has been closed for several weeks to minimize the spread of COVID-19 between the public and SPS members.

Testing to be expanded

The Saskatchewan Health Authority is expanding COVID-19 testing criteria to include anyone who works outside of their home.

The new testing guidelines will come into effect on May 25.

Grey Cup week in Regina won’t go ahead in 2020, according to the CFL.

If the season goes ahead, the team with the better record heading into the championship game will host the Grey Cup final in 2020.

The league also announced on Wednesday that play won’t start before September.

The CFL is awarding Regina the 2022 Grey Cup. Next year’s event will take place in Hamilton. That host city was announced last year and work is already underway for the festival.

Saskatoon Transit has reduced the number of riders able to board buses to enable physical distancing while seated or moving to the door, according to a city news release.

“When a bus is full, it will display ‘Full Bus’ and pass by those waiting until passengers are dropped off. Riders are asked to follow physical distancing measures and provide the operator and each other space,” the news release says.

Dr. Theresa Tam made the announcement on Wednesday, less than an hour after Prime Minister Justin Trudeau spoke about his own approach to mask wearing and his intention to continue wearing a mask where physical distancing isn't possible. Tam told reporters that the language on masks has shifted from "permissive" to a "specific recommendation."

Prime Minister Justin Trudeau says that in addition to opening up the applications for large employers impacted by the current economic downturn to access multi-million dollar loans, landlords will soon be able to apply for the commercial rent relief program with the promise of a quick turnaround on funding.

As the World Health Organization (WHO) comes under increasing fire from its critics, Prime Minister Justin Trudeau says Canada will "continue to support" the organization while seeking answers regarding China's role in the organization.

During a committee meeting on Tuesday, City Council voted 10-1 in favour of restarting the pay parking program beginning next Monday instead of June 1 which was the date proposed by city administration.

On Tuesday, the provincial government relaxed its COVID-19 travel restrictions for some communities in Saskatchewan's far north and provided clearer guidelines for those still affected by the ban.

The provincal government said there were seven new confirmed COVID-19 cases Tuesday, along with 15 new recoveries.

The Government of Saskatchewan announced Tuesday that it is lifting the supply limit placed prescription medications.

Despite getting the green light from the provincial government to open the doors to customers, one retailer in Saskatoon is choosing not to.