COVID-19 updates for Saskatoon and area for Tuesday, May 26

A person in their 50s who lives in Saskatchewan's far north has died after testing positive for COVID-19, according to the province.

Another death is under investigation, the province said in its daily COVID-19 update.

As of Tuesday, there were no new confirmed cases of the virus, the province said.

To date, there have been 634 cases of the virus with 77 of the cases still considered active.

Of the 77 active cases, 65 are concentrated in the far north.

'Your spouse is your other half'

A Milestone-area woman and her three kids have not seen their husband and father in weeks after he was severely injured in a crash earlier this month.

Brian Mandel was airlifted by STARS Air Ambulance to the Regina General Hospital on May 14. Since then his wife, Chelsey, has only been able to see him via video due to COVID-19 restrictions in place on hospital visits.

“Your spouse is your other half, without them I don't know, you're kind of lost,” Chelsey said. “You can't touch them, you can't see them, nothing.”

Chelsey is not the only one struggling with the situation.

While some businesses have been hit hard by COVID-19, others are thriving.

“We’ve bought a bunch of bikes, our repairs are over the top, we’re down here a couple of nights a week building bikes just to keep up to the demand,” Van Tassel said.

Those include Kerrobert, Herbert, Preeceville, Davidson, Wolseley, Arcola, Biggar, Leader and Oxbow, according to a news release.

The SHA expects the first reopening will be Arcola in mid-June, with others to follow.

A Saskatchewan man who recovered from COVID-19 is participating in a national study to see whether his plasma is an effective treatment to the virus.

According to Health Canada, scientists are interested in people whose immune systems have built antibodies to fight off COVID-19.

“It was a no brainer that I had to sign up for it ... just knowing how terrible [COVID-19] can be,” Andrew Elchuk told CTV News Saskatoon. 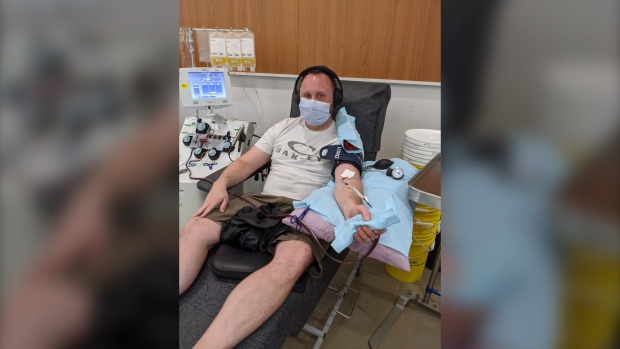 The Capitol Music Club in downtown Saskatoon has been offering live music for six years – but if it doesn’t get a cash injection from a fundraiser, it could close.

Co-owner Mitch Lupichuk said having the music stop at his venue has been tough for him and the entire music community.

He said the Saskatoon music scene is like no other in the business because it’s like a family and they want to see everyone succeed.

“You don't know what you have till it's gone,” Lupichuk said of having to close the club abruptly because of the COVID-19 pandemic. 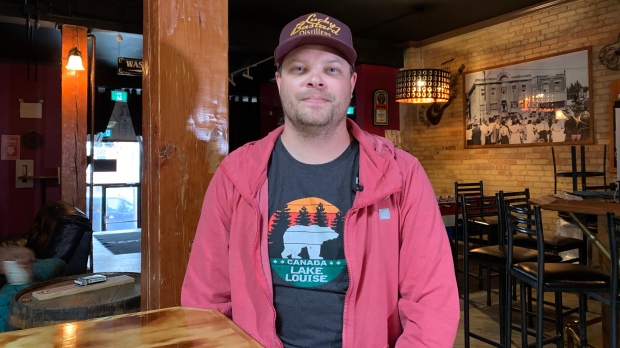 The City of Saskatoon says an offer to participate in a city "study" that arrives by text message or phone call isn't what it seems.

While the messages may appear to come from city hall, in a news release sent on Tuesday the city said there is no such study underway and that scammers are to blame.

The City wants to warn residents about an online COVID-19 study that appears to be administered by City Hall. This is a text message and phone scam, it is not a legitimate study issued by the City of Saskatoon.
For City updates related to COVID-19, visit: https://t.co/yXWGG8N5HU. pic.twitter.com/AdPxPS28Nv

Starting June 8, bars and restaurants can unlock their doors and begin welcoming customers.

Beavis and his staff are removing every second table and keeping seating six feet apart.

They are also building partitions around the bar, where keeping a six-foot distance is difficult. 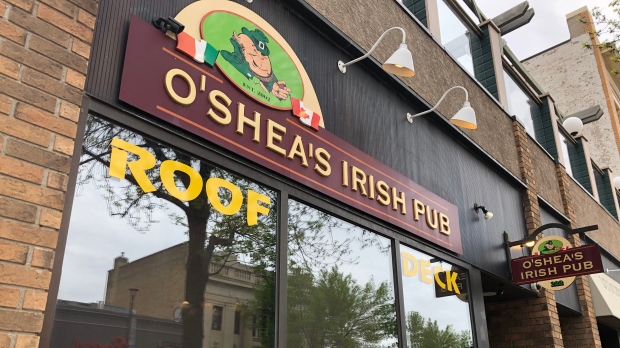 The Saskatchewan legislative assembly will resume sitting next month, the province announced Tuesday.

In a news release, the province said government house leader Jeremy Harrison and opposition house leader Cathy Sproule have agreed to a “modified arrangement” for the legislative assembly.

The assembly will sit June 15 to July 3, sitting Monday to Friday each week. There will be no sitting on July 1.

CFL Commissioner Randy Ambrosie said last week during a virtual town hall meeting that the league has a committee looking into the feasibility of a “hub city” scenario.

If it goes ahead, CFL clubs could play games in two Canadian cities, instead of their home stadiums.

According to TSN CFL Insider Farhan Lalji, the most likely hub cities in western Canada would be Regina and Winnipeg

A member of Saskatchewan Premier Scott Moe's government says the decision to temporarily close rural emergency rooms, including one in his constituency, was an overreaction to COVID-19 and could have been better communicated with residents.

The province's  health authority says acute-care admissions and emergency services were suspended in Davidson and 11 other community hospitals to ensure there is enough capacity if the novel coronavirus surges.

Longtime Saskatchewan Party politician Greg Brkich says people in Davidson were willing to see their ER closed if needed. But he questions why it was done when COVID-19 case numbers in the region remained low.

On Monday , the province said there were two new confirmed cases of COVID-19 in Saskatchewan. Both new cases were in the northern part of the province, with one of the cases in the far north.

As of Monday, there were a total number of 634 confirmed cases in Saskatchewan since the start of the pandemic. Eighty-one of those cases were considered active. Of the 81 active cases, 68 were concentrated in the far north.

New guidelines came into effect Monday, significantly expanding the criteria for who in Saskatchewan is able to be tested for COVID-19.

Under the new guidelines, anyone who is working outside of the home or anyone returning to work as part of the province's reopening plan is now eligible.

Immunocompromised people can also be tested, even if they are not showing symptoms.

Also, any patients being admitted into hospital for more than 24 hours, including expectant mothers can get tested.

People will still be referred to testing by calling HealthLine 811.

After showing  promising results in animals,  human clinical trials for a Saskatoon lab's potential COVID-19 vaccine could begin as early as this fall.

In a news release, the Vaccine and Infectious Disease Organization-International Vaccine Centre (VIDO-InterVac), said the vaccine proved "highly effective" in ferrets, animals which are widely used for COVID-19 modelling.

While many performers are turning to livestreamed events to connect with fans, one Saskatoon band is warning of a potential scam.

The Garrys took  to Facebook to warn of a scam advertising a fake live-streamed event featuring the band that isn’t actually happening.

--With files from the Canadian Press