COVID-19 updates for Saskatoon and area for Monday, May 25 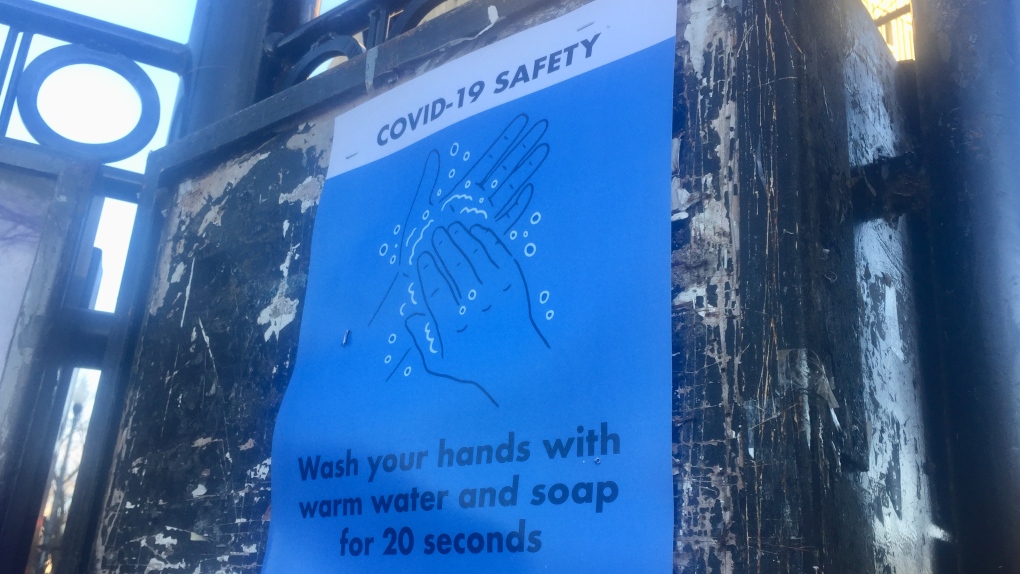 A sign posted along a Saskatoon street offers hand washing advice during the COVID-19 pandemic.

Monday afternoon, the province said there are two new confirmed cases of COVID-19 in Saskatchewan. Both new cases were in the northern part of the province, with one of the cases in the far north.

As of Monday, there were a total number of 634 confirmed cases in Saskatchewan since the start of the pandemic. Eighty-one of those cases are considered active. Of the 81 active cases, 68 are concentrated in the far north.

New guidelines came into effect Monday, significantly expanding the criteria for who in Saskatchewan is able to be tested for COVID-19.

Under the new guidelines, anyone who is working outside of the home or anyone returning to work as part of the province's reopening plan is now eligible.

Immunocompromised people can also be tested, even if they are not showing symptoms.

Any patients being admitted into hospital for more than 24 hours, including expectant mothers can be tested.

When the expanded testing criteria was announced on May 20, the Saskatchewan Health Authority said mobile worksite testing for those employed in "high-volume settings" such as factories would be offered as well.

People will still be referred to testing by calling HealthLine 811.

Realtors will be allowed to start holding open houses again, but with COVID-19 safety measures in place.

The new health and safety criteria includes disclosure surveys and contact information records to aid in contact tracing in case someone tests positive after attending an open house.

Only two people will be allowed inside at a time and will be expected to sanitize, not touch anything, wear shoes and/or disposable booties and maintain physical distance.

After showing  promising results in animals,  human clinical trials for a Saskatoon lab's potential COVID-19 vaccine could begin as early as this fall.

In a news release, the Vaccine and Infectious Disease Organization-International Vaccine Centre (VIDO-InterVac), said the vaccine proved "highly effective" in ferrets, animals which are widely used for COVID-19 modelling.

During the trial, the vaccine decreased viral infection in the animals' upper respiratory tract "to almost undetectable levels."

A legally blind man says he is facing more challenges because of COVID-19 restrcitions.

Rick Neustaeter was born with a condition that has caused his vision to deteriorate. He requires some assistance to be as independent as possible.

Neustaeter is hesitatnt to use public transit right now because he doesn't want to be around others and possibly be exposed to COVID-19.

He said going to the grocery store is also challenging as he is unable to see the signs, directing where to go.

While many performers are turning to livestreamed events to connect with fans, one Saskatoon band is warning of a potential scam.

The Garrys took to Facebook to warn of a scam advertising a fake live-streamed event featuring the band that isn’t actually happening.

At a special meeting of city council, officials voted in favour of reinstating public pay parking requirements starting Monday May 25, a move the city said will help boost the economy.

“The reinstatement of public pay parking requirements and enforcement will help ensure parking-space turnover for customers and businesses in high-demand pay parking zones.”

As #yxe retail commercial activity returns, as part of the Re-Open Saskatchewan plan, pay parking & enforcement will be reinstated on May 25.
Please use the WayToPark app. If the app is not an option, follow public shared surfaces health guidelines. Go: https://t.co/ypbliPzvqx pic.twitter.com/2cbVAnb0Xi

City officials said they encourage customers to use the WayToPark app as a no-touch way to pay for parking. If the app is not an option., the city said people will have to use the FlexParking stations.

Of the 87 active cases, 75 were concentrated in the far north.

The new cases were both located in the far north. Three more people have recovered which brings the provincial total number of recoveries to 538.

The Saskatchewan Health Authority (SHA)  issued a safety alert  for HealthCare Plus Hand Sanitizer, saying not to use it if pregnant or breastfeeding.

That has resulted in shortages of key ingredients used in hand sanitizer, such as pharmaceutical-grade ethanol, according to the SHA.

To combat this, Health Canada has authorized manufacturers to use technical-grade ethanol in the hand sanitizer they produce.

The SHA recommends high-risk individuals check the label before using hand sanitizer and to discontinue the use of any products containing the ingredient.

The Saskatoon Farmers’ Market was just settling into its new location on Koyl Avenue when it had to shut its doors alongside many other business due to COVID-19.

But over the weekend, the market  again opened its doors.

"It’s pretty good to be back, not just for the sales aspect, but just for the whole social aspect too, you know? We get to say hi to our regular customers again. It’s a wonderful thing," vendor Ian Paranteau said.

A Saskatoon couple celebrated their 50th wedding anniversary this weekend  in a unique manner.

The couple says they assumed their dream of spending their anniversary with friends and extended family would never happen until their neighbours and children surprised them with a celebratory parade outside of their home.

More than 50 vehicles, each decorated with balloons drove past.

--With files from CTV News Regina