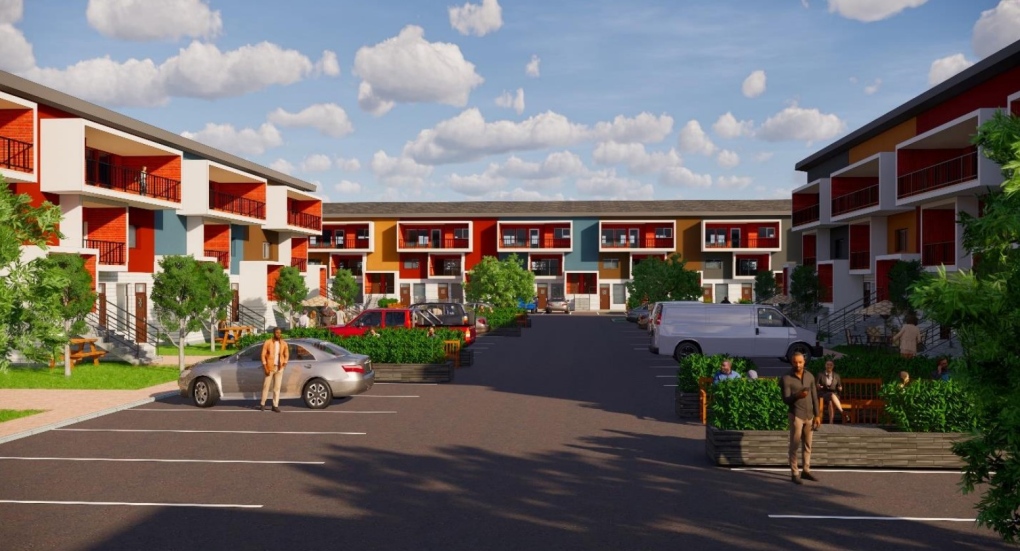 SASKATOON -- Saskatoon City Council has approved zoning for an affordable rental housing development in Blairmore, despite concerns from residents in the area.

The project's executive director, Toby Esterby, says it addresses what he calls a crisis with the lack of quality housing for Indigenous people.

The city had received several letters from residents in the area concerned about the consultation process, impact on property values, as well as traffic and parking.

Ward 3 Councillor Ann Iwanchuck, who represents the area, says she did have concerns about the consultation process, but felt after the hearing and considering the concerns, she did not feel a deferral would make a difference in the outcome.

“The concerns about parking have been addressed, the concerns about the buffer zone have been addressed. I don’t support the notion that property values will go down because there is affordable housing in an area,” Iwanchuck told CTV News following the public hearing. “I was in support of the project, I just was not in support of the process. But we worked through enough of those process questions at the hearing tonight that I felt comfortable voting for the project to proceed.”

The area was already zoned for low to medium density residential dwellings, but Camponi was seeking a zoning change that would allow for office space, a daycare and community services.

Camponi has had concerns over traffic flow, but they say that shouldn't be a huge issue because vehicle ownership will be significantly lower for the families in this development compared to other areas, he said.

“Our internal study of our tenants found that vehicle ownership is pegged at 34 per cent.”

The housing will be close to transit and within walking distance of services.

Iwanchuk did make suggestions to improve public consultation meetings, which were held virtually. Iwanchuck said she wants to see the meetings allow for more dialogue and follow-up questions.

“There is no reason why there can’t be an open dialogue in a virtual meeting just like there is a in a face to face meeting.”

Iwanchuk said participants did not know who else was on the call, and they didn’t see the questions as they were submitted anonymously to the adminstration who then summarized and then asked them at the hearing.

Camponi hopes to have the first phase of the project complete in 2022 and the entire development done in 2025.