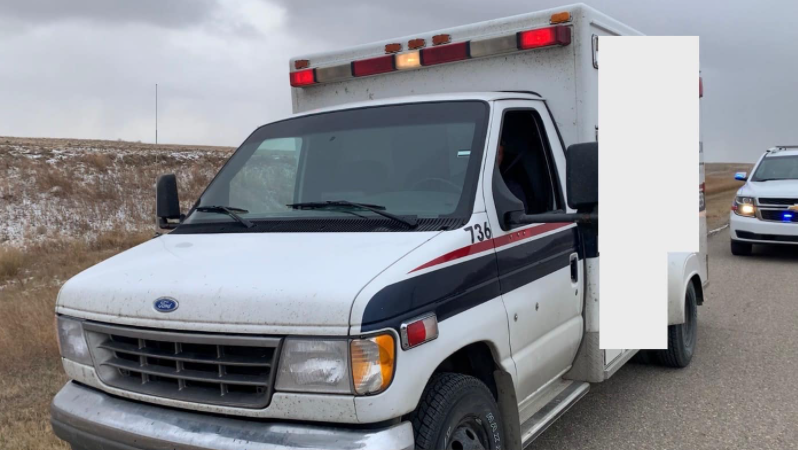 Corman Park police said officers were in the midst of a traffic stop on Highway 5 when an officer saw an ambulance with emergency lights flashing, approaching. Photo by CPPS

Police said the driver was stopped and received a court summons to appear in December for driving a vehicle equipped with emergency lights, that is not an emergency vehicle.