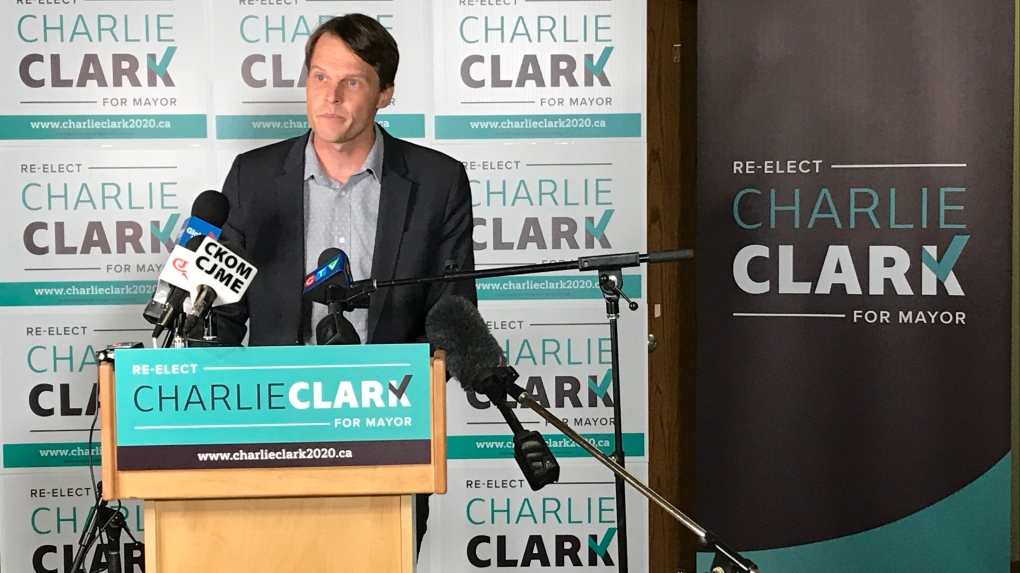 “I want citizens to be proud of every tax dollar spent and to see the results of their investment in a city that has efficient services and great quality of life,” he said at a press conference.

He also released a plan to continue driving down property taxes while providing quality of life for Saskatoon residents.

His four-point property tax plan is based in more efficient city growth, environmental innovation, implementing a new city database, and working with partners around the city such as White Buffalo Youth Lodge and Meewasin Valley Authority.

“This is a very realistic but also innovative approach that we are applying to embrace new approaches to address budget and change the way we run the city and to continue to deliver benefits and value as we have.”

For example, the city’s partners have raised millions of dollars for development and operation of projects, which drives down the price to taxpayers, Clark said.

City Councils over the past four years have passed tax increases an average 1.25 per cent lower than they did from 2012-2016 and 2020-21 is the lowest tax increase in a decade, he said.

He said the city’s accomplishments in that time include:

Clark also said Saskatoon is the second most competitive business tax environment in Canada and the city has maintained its AAA credit rating.

With files from Alessandra Carneiro