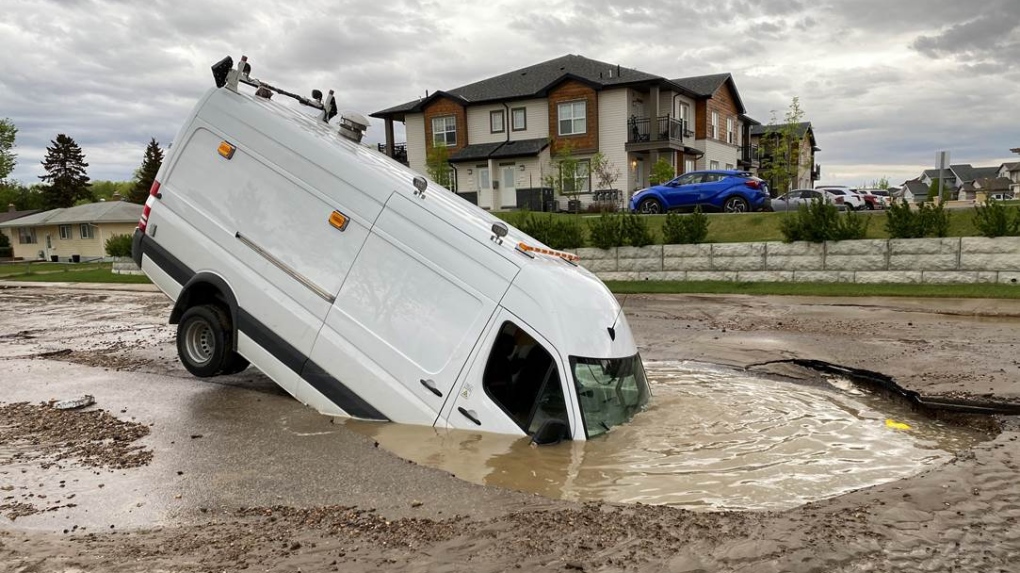 (Supplied by City of Saskatoon)

SASKATOON -- The front end of a van became stuck in a large sinkhole along 37th street near Byers Crescent during Tuesday's morning commute, forcing the back end of the vehicle up in the air.

Two people inside the van, which was a City of Saskatoon vehicle, were able to safely exit before it tipped into the opening.

In an emailed statement, the city's ware and sewer manager Trent Schmidt said the city workers were responding to a report of a water main break.

The workers were in the process of shutting off the water flow when the van became stuck, Schmidt said.

The break is not affecting water service in the area and repairs on the line are expected to take two days.

According to Schmidt, this is the first time the line — which was installed in 1967 — has ever experienced a break.