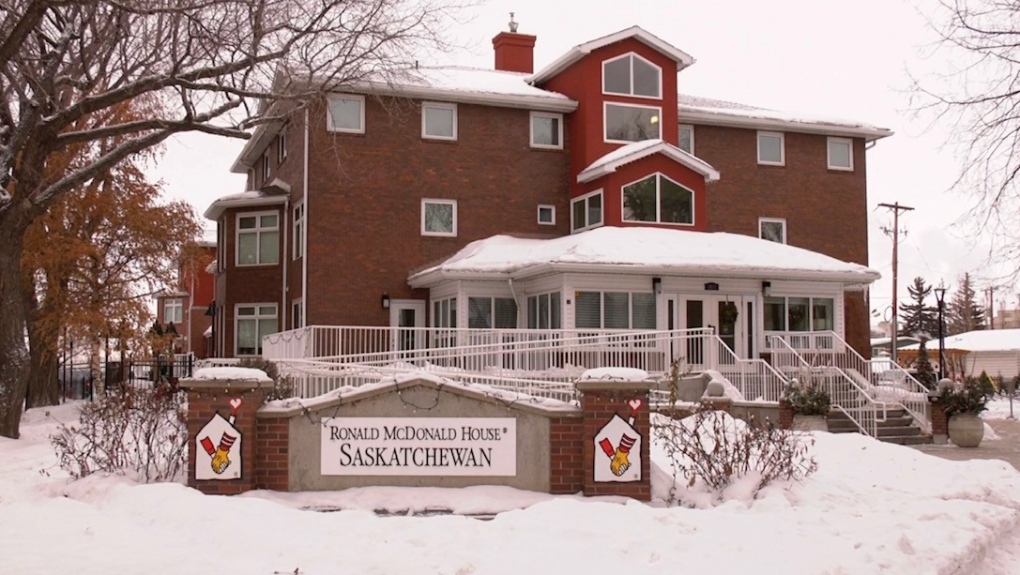 RMHCS is looking to expand its facility on the corner of Clarence Avenue and University Drive in Saskatoon. (Chad Hills/CTV Saskatoon)

SASKATOON -- A charity organization for families receiving medical treatment in Saskatoon has won its appeal for a small expansion to its facility on the corner of University Drive and Clarence Avenue.

Ronald McDonald House Saskatchewan (RMHS) initially approached the City of Saskatoon seeking a development permit to repurpose an outdoor deck area and to use the space to expand its dining area.

On Dec. 15, RMHS made its case to the development appeals board, arguing the addition is part of the organization’s effort to provide better service for the 1,500 families that use the facility, increasing physical distance and increasing safety for families who may be immunocompromised, Marcelline Zimmer, director of operations said.

“The pandemic has reduced the number of families we’ve served this year,” Zimmer said during the hearing. “The need for food and social interaction in a safe manner has never been more important.”

Zimmer addressed the frontage concern, noting that the addition would cover an existing outside deck only which is about 18 feet long and one storey high.

In its decision the appeals board noted the front yard setback deficiency of 1.5 metres is relatively minor, and granting the appeal would not be granting the applicant a special privilege inconsistent with the restrictions on the neighbouring properties in the same district, the report said.

The deficiency is minimal in nature considering the size of the addition. It is the board’s opinion that it is important to maintain neighbourhood community uses that add to the vitality of the neighbourhood and serve the community.

In its decision, the board wrote there was no evidence before the board to prove that granting the appeal would negatively affect the neighbouring properties. The board noted the addition is minimal and will be constructed behind the existing wheelchair ramp and within limits of the deck. The exterior of the addition will also match the existing exterior of the building.

For these reasons, the board granted the appeal, permitting RMHS to go ahead with its plans to expand the indoor dining area.

On Oct. 29, 2020, RMHS applied for federal funding through the Investing in Canada Infrastructure Program: COVID-19 Resilience steam, which is providing $3 billion for infrastructure upgrades.

RMHS CEO Tammy Forrester said the organization still hasn't heard whether or not its application for funding this expansion has been accepted or not.