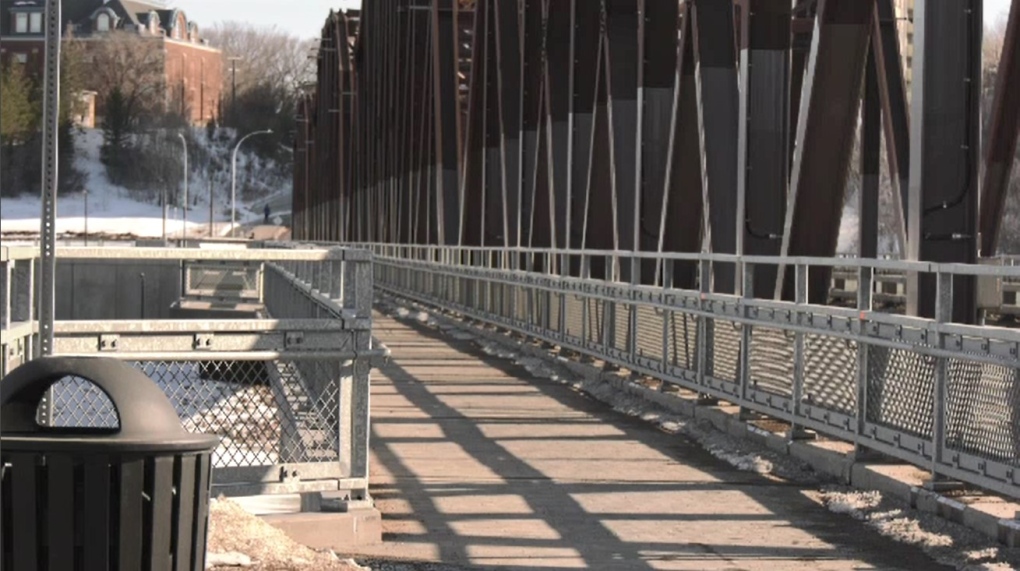 SASKATOON -- With warmer weather expected on the weekend, the City of Saskatoon is making changes for pedestrian walkways on the Traffic Bridge.

Effective immediately, walkways on the Traffic Bridge will be one-way on each side for pedestrian users.

One pedestrian pathway will allow people to walk or cycle south, while the other will be a northbound pathway.

The City says it will allow people to get outside for a walk or jog while still maintaining physical distancing of two metres.

“The City will continue to review other bridge pathways and pedestrian overpasses, underpasses and tunnels. Crews will be posting signage on many of the pathways to remind people to respect social/physical distancing.” The City of Saskatoon said in a news release.

Some had questioned whether it was feasible for the Traffic Bridge to become a pedestrian only crossing for limited periods to allow for pedestrians and cyclists more space to use it as a river crossing.

However, Councillor Cynthia Block said city administration was not in favour of the idea.

“After listening to our administration today, unfortunately I don’t think that’s going to be possible. And primarily it’s for emergencies. That we have to make sure that’s our top priority now.”

Block says while emergency services operated over the years the Traffic Bridge was closed, she says the Sid Buckwold Bridge is about to undergo construction and that could minimize the ability for emergency services to move across the river.

The CP Pedestrian Bridge is remaining closed because it’s not wide enough for people to keep a two metre distance.