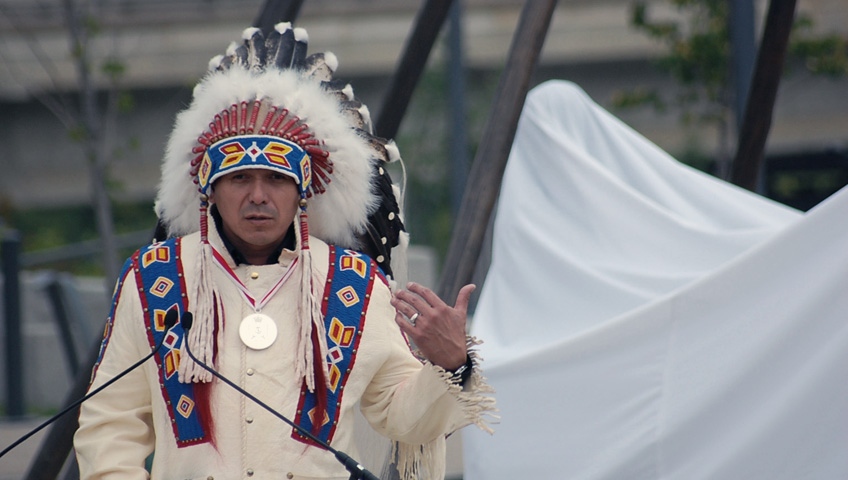 Whitecap Dakota First Nation Chief Darcy Bear speaks to a crowd in Saskatoon prior to a greeting from Prince Edward. (Kevin Menz)

Chief Darcy Bear from Whitecap Dakota First Nation is being honoured with an appointment to the Order of Canada for his leadership and for creating economic and social development opportunities for his community.

The Order of Canada is one of the countries highest honours for those whose service has shaped society.

Bear says it is humbling to receive this honour and it has given him an opportunity to reflect on his past and his community.

“Whenever you receive an honour I guess you think back to how and why you are receiving the honour, but again it all goes back to community and I’m certainly very thankful for my membership and their support throughout the years,” said Bear.

Alfred Slinkard from Saskatoon was also appointed to the Order of Canada as an hounory memeber for his research in agronomy and the development of two specialized lentils that transformed agriculture in western Canada and helping to feed thousands of people. Slinkard and Chief Bear are among the 114 appointments announced Friday.