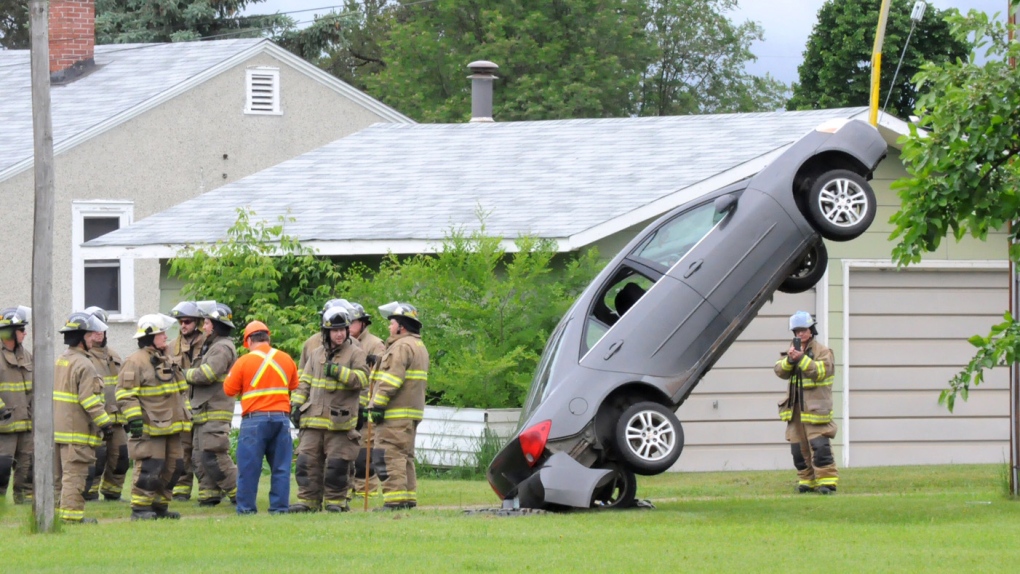 A car became hung up on a guide wire in Nipawin on Thursday.

Police and fire crews responded to the incident in the Saskatchewan town, about 140 kilometres east of Prince Albert.

How exactly the car became stuck on the wire is still not clear, but a boom truck was needed to pull the car off. The truck lifted the front of the car off the wire while firefighters pulled the car from the line.