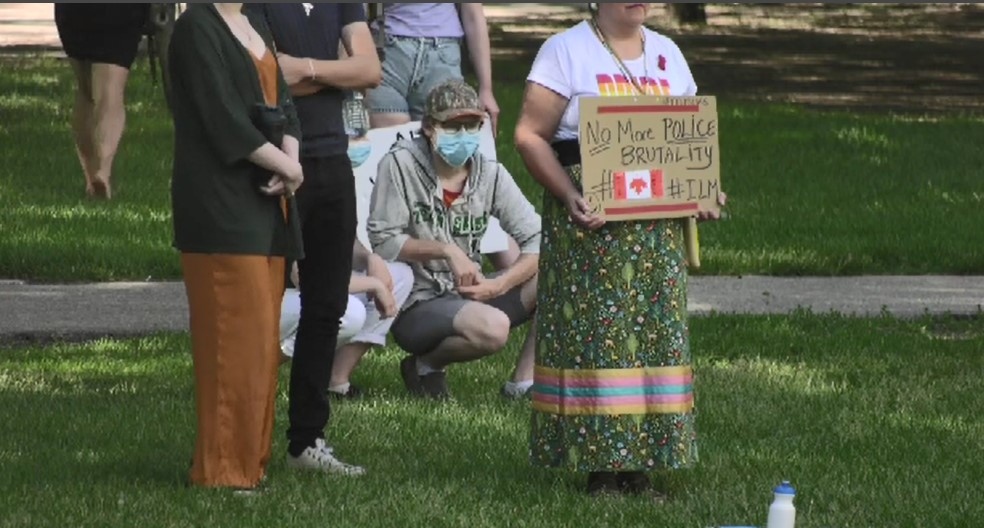 A demonstration was held in Kiwanis Park Wednesday, with people voicing their concerns with the celebration of Canada's history.

It was called the 'Cancel Canada Day Rally' hosted by Idle No More.

A few dozen people were on hand for the rally, where they were delivering a message based around honouring all of the lives lost in Canada including Indigenous lives, Black lives, Women and Trans lives, among others.

Those attending the rally also used their voices to raise awareness about injustices that have taken place throughout the years.

An organizer for the event expressed her views about some finding a lack of identity “It's really really sad that they're struggling with finding an identity in Canada."