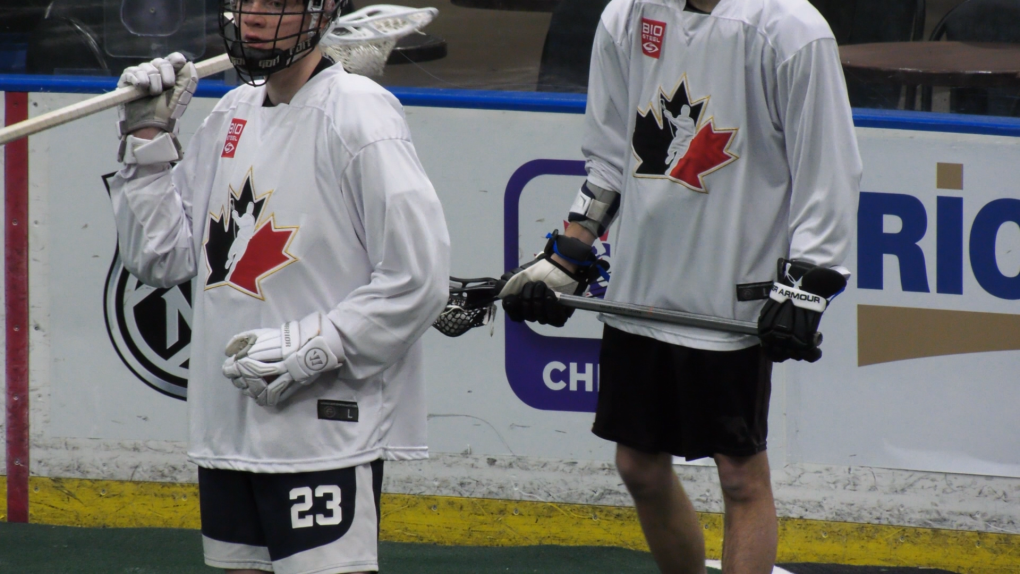 SASKATOON -- There’s still more than half a year before the 2020 IIJL World Junior Lacrosse Championship in August, but coaches and managers with Team Canada are already preparing, holding four combines across the country.

The combines help give coaches and staff with team Canada a physical benchmark for their pool of 160 players from across the country, with a series of workouts such as sprints or long jump, followed by a scrimmage.

“It’s a combine, not a tryout,” General manager of Team Canada World Junior Lacrosse team Chris Fox said. “We actually have to get ready for every single year, it’s an annual event. So if they’re not being chosen for 2020 they can be chosen for 2021, 2022 and so on.”

Fox says the combine is as important for the coaches as it is for the players, helping them adjust to bigger arenas and more pressure.

“The biggest thing is were trying to get a little bit younger, get players introduced to the experience at 17-18 years old so it’s not going to become as much of a shock for them when they’re 19-20.”

Fox says the group this year is looking good, and he can tell they’re ready to play the sport they love.

“It’s good, I think they’re anxious because it is the offseason, they want to play lacrosse, maybe not so much the athletic testing, but they’re definitely excited to play.”

The tournament, which is in its fifth year, will be held from August 3 to 9 in Winnipeg with a record number eight teams participating, compared to three in 2018 when Saskatoon hosted the tournamnet.