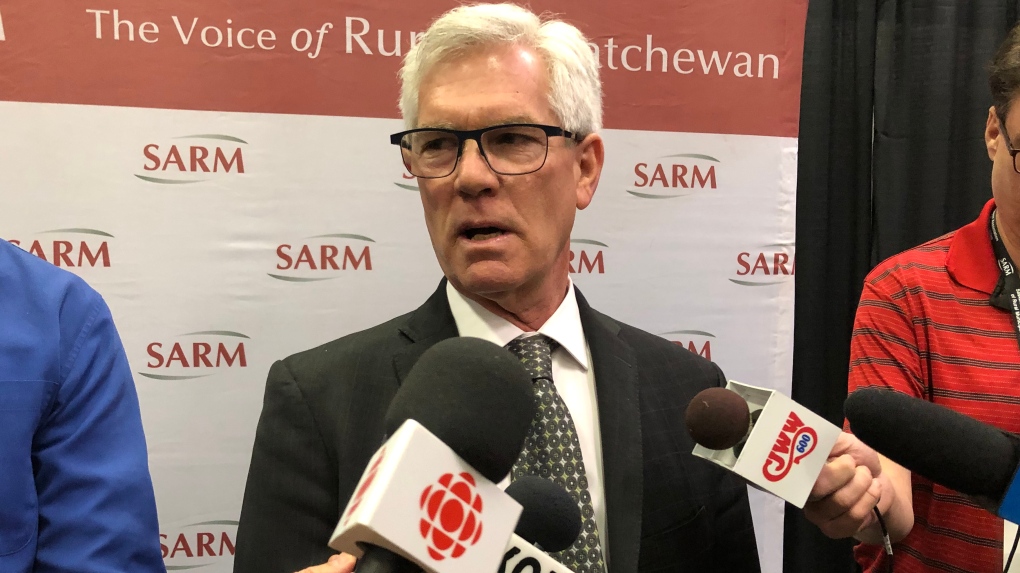 SASKATOON -- Canada is still waiting on China to provide evidence for its decision to bar canola imports from one of Canada’s largest grain producers, according to Federal Minister of International Trade Jim Carr.

“We’re pushing hard at the official level through the Canadian Embassy in Beijing and the Chinese Embassy in Ottawa, so that if there is a problem, we can resolve it quickly,” he said while addressing delegates at the Saskatchewan Association of Rural Municipalities (SARM) convention Thursday morning.

“We see this as a science-based issue. China says that there are imperfections in this canola and we have said show us, prove it to us, where’s the evidence?”

China is the largest importer of canola seed, importing about 40 per cent of the market. Richardson International provided about two million tonnes of the imports.

Carr, who is from Manitoba, said he grew up with the Richardson family and knows that they produce “some of the highest quality canola in the world.”

Canada has had a long-standing trade relationship with China. Richardson International signed its first trade deal with China in 1910.

In 2016, China threatened to tighten its rules around the amount of dockage allowed in canola shipments to protect against blackleg. Many Canadian farmers feared that they would lose access to their largest canola market, but after months of deliberation, Canada and China came to a resolution.

“We can work through these issues if they’re real,” Carr said, referring to the canola issue at hand.

Carr said Saskatchewan has the most diversified export market out of all the provinces in Canada.

He said last year, 44 per cent of Saskatchewan’s exports were shipped to countries other than the U.S.

Carr added that Saskatchewan’s exports to the world reached $31.2 billion last year, an 11.2 per cent increase since 2017.

In the meantime, Carr says canola producers should “hang tight.”

Carr said Saskatchewan producers have Canada’s support in their fight to resolve the canola issue.