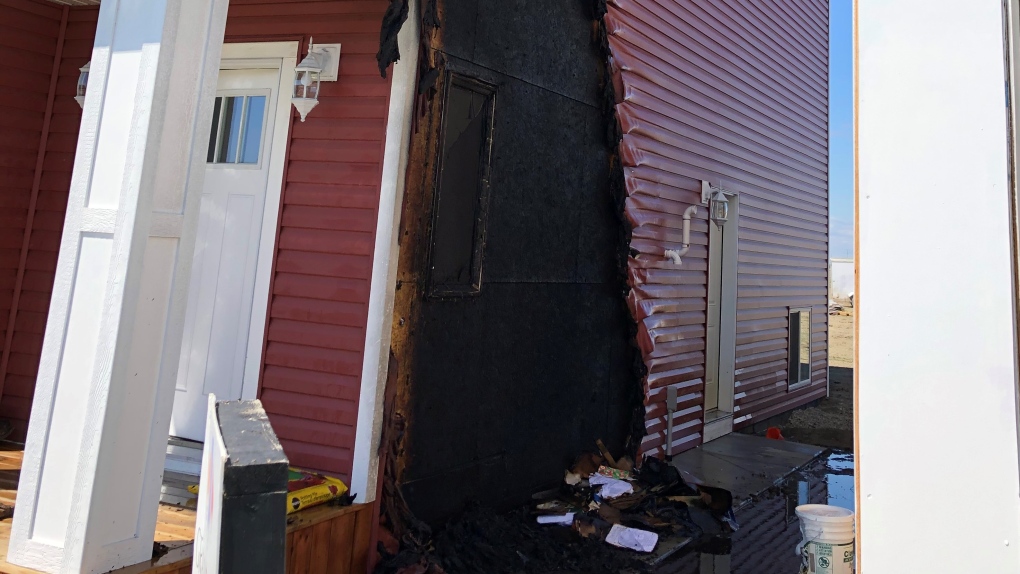 The fire dept. said bystanders helped put out a fire Sunday afternoon. Photo by the SFD.

SASKATOON -- Rather than waiting for the firefighters to arrive, bystanders in Saskatoon's Kensington neighbourhood did what they could to suppress a fire outside a house.

At around 2:30 p.m. on May 24, the Saskatoon Fire Department said in a news release it received multiple 911 calls with reports varying from smoke in the area to multiple residential structures on fire in the 2000 block of Kensington Road.

Prior to firefighters arriving on scene, the fire department said bystanders were reported to be successfully extinguishing the fire. Once on scene, the fire department said a fire had damaged two residential structures. Firefighters verified that the fire had not extended further into either structure before establishing ventilation to clear smoke from the interior of one of the structures involved.

The fire department has no damage estimate or cause at this time.