'By the grace of God': Sask. woman helps save man trapped in truck sinking below water 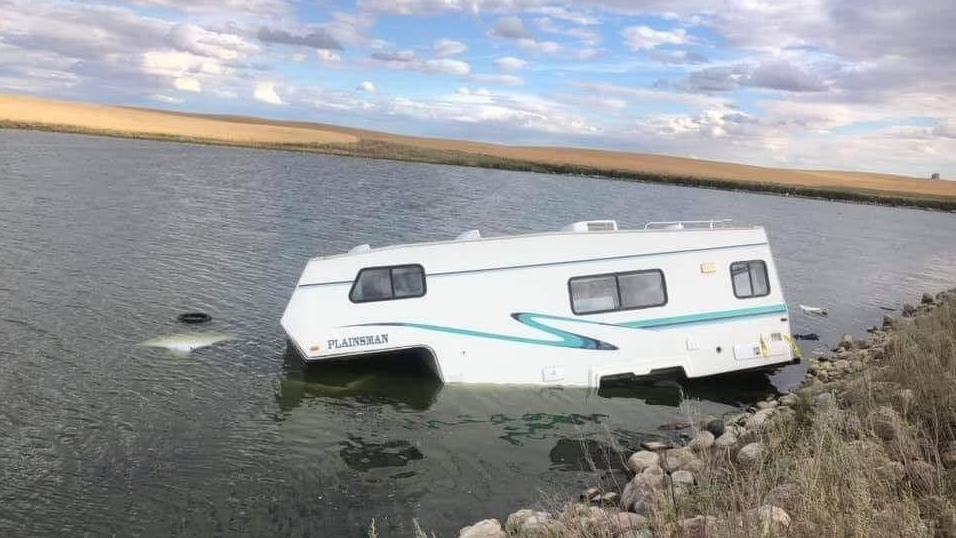 Karen Jiricka got a call saying a truck towing a camper had gone off Highway 4 into the slough by her yard. (Facebook/Fiona Mcgarry-gatzke)

SASKATOON -- Karen Jiricka didn’t stop to think as she plunged into the slough toward the sinking truck.

“When it started to go down I just jumped. There you were, in the water.”

On Friday, she was at her home near Biggar, Sask. when her daughter called, saying a truck towing a camper had gone off Highway 4 into the slough by her yard.

Jiricka drove over with Roger Kadler, a friend who helps with harvest.

When they arrived the driver said he was fine and the group of bystanders discussed how to get the man out of the truck, or the truck out of the water.

Then it started to sink in the quicksand-like bottom.

Jiricka and Kadler jumped in. By the time they got to the truck, about 20 feet out, she heard the air gushing out as it filled with water. She grabbed the driver’s hand - but his foot was stuck. 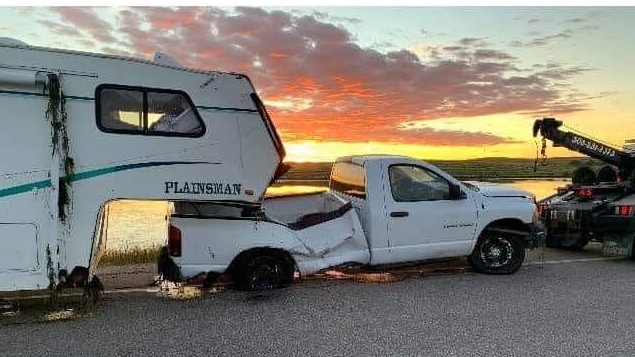 She heaved on him as Kadler, on the other side, grabbed the man’s hoodie, and the man popped out the open truck window. Jiricka flipped him over onto his back and towed him to shore.

“It was by the grace of God we got him out,” she said.

In that moment, she flashed back to the Harry Bailey Aquatic Centre pool in Saskatoon when she was doing her national lifeguard training in the 1980s, and the simulations they would do for rescuing people trapped in vehicles.

“I thought, ‘Oh my God, this is like a nightmare coming true,’ but he just popped out.”

Despite the recognition she has garnered since the rescue, it seems like she didn’t do anything since it happened so fast, she said.