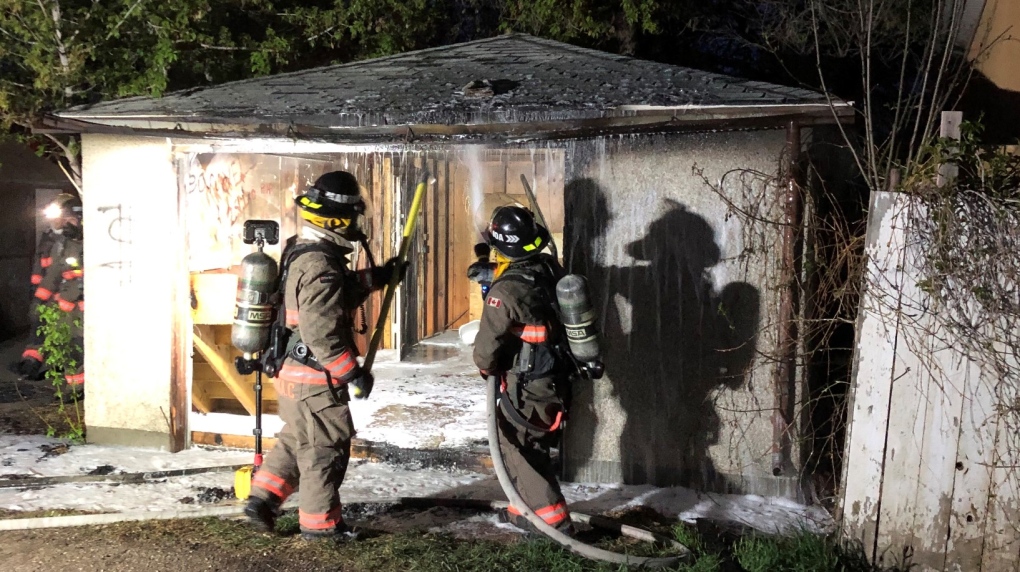 Saskatoon Fire Department responds to a boarded-up garage on fire in the 100 block of Avenue K South on May 22, 2020.

SASKATOON -- It was a busy Thursday evening for the Saskatoon fire department, as they worked to put out three fires in various parts of the city.

Just before 9:40 p.m., the department responded to 911 calls reporting a boarded-up garage on fire in the 100 block of Avenue K South.

Firefighters quickly got the blaze under control, and limited it to the garage. There were no injuries. An investigator is working to identify a cause and damage estimate.

About 15 minutes later, several 911 calls came in about a semi-trailer on fire in the 100 block of 71st Street West. Crews got the fire under control before it spread to a nearby building.

There were no injuries, as nobody was present at the time of the fire.

At about 10:40 p.m., crews responded to a house fire in the 400 block of Avenue V South. A fire was burning on the main floor of the house when the fire department arrived. It was brought under control in about 30 minutes.

There were no occupants in the home, and no injuries. An investigator is working to identify the cause and a damage estimate.