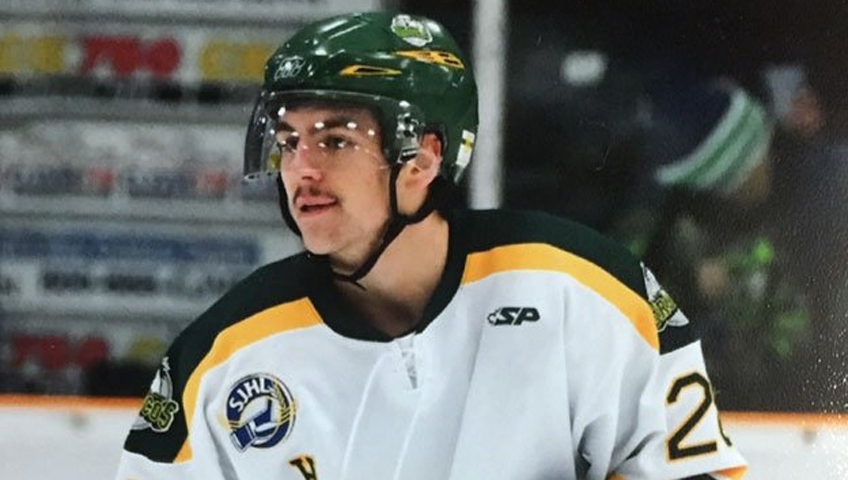 A Humboldt Bronco who spent a month in a coma after the team’s bus collided with a semi on a stretch of Saskatchewan highway is moving hospitals.

The family of Layne Matechuk issued a statement Friday on the 18-year-old’s condition.

“This week, Layne was transferred to Saskatoon City Hospital to start the next part in his rehabilitation journey,” the family’s statement read. “We wish we could tell you it is getting easier. The reality is – it’s not. At this point, we are not sure when Layne will get to leave hospital. But, what we can tell you is that we believe he gets a little closer every day.”

Matechuk, a defenceman from Colonsay, Sask., was one of 29 people on the Broncos’ bus at the time of the crash. Sixteen of the 29 were killed. Thirteen were injured.

According to the family’s statement, Matechuk spent the first month after the collision in a coma, but is now awake.

“He has suffered from a brain injury and the journey ahead will not be easy. He has not yet been able to speak. However, each day, he gets a little stronger and we are getting signs from him about what he is thinking,” the family stated.

“He doesn’t appear to know what has happened. And while we see his frustration, we also see his determination. Layne has always had to work hard to achieve his success. While growing up, as other kids played after school, he would be at the rink working towards his dream of playing hockey. It was all he ever wanted to do. And for a while, he lived that dream.”

The family, who thanked the doctors who’ve cared for Matechuk at Royal University Hospital, said the move to Saskatoon City Hospital will help in the next step of his rehabilitation. They also noted the support from family, friends and strangers in the community has been overwhelming.

The Broncos are set to be honoured ahead of kickoff at Saturday’s Saskatchewan Roughriders game.