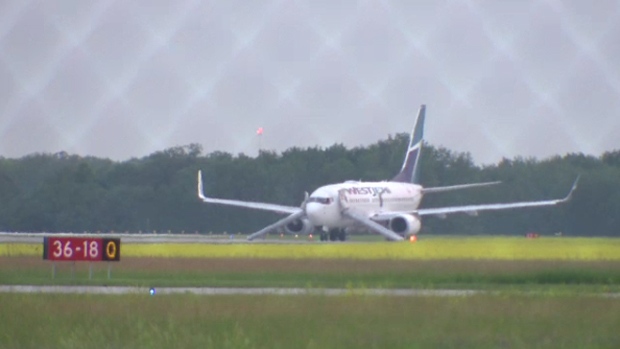 A third WestJet flight has been forced to land in four days because of a reported bomb threat.

For the third time this week a passenger plane has landed because of a bomb threat.

Flight 323 from Toronto landed safely at the John Diefenbaker Airport in Saskatoon shortly after 8:00 Tuesday evening.

The 113 passengers and five crew members were taken off the plane and transported to a facility to be interviewed by police.

Police have confirmed that there was no explosive device on board and they have turned over the investigation to WestJet authorities.

WestJet will not comment on the incident because it is under a criminal investigation. However, they said that the plane is back in service.

Earlier on Tuesday, a Toronto bound WestJet flight originating in Edmonton landed in Winnipeg after reports of an explosive device, and on Saturday, a WestJet flight from Halifax bound for Edmonton was forced to land in Saskatoon after a similar threat was reported. Police are still investigating and there have been no arrests.