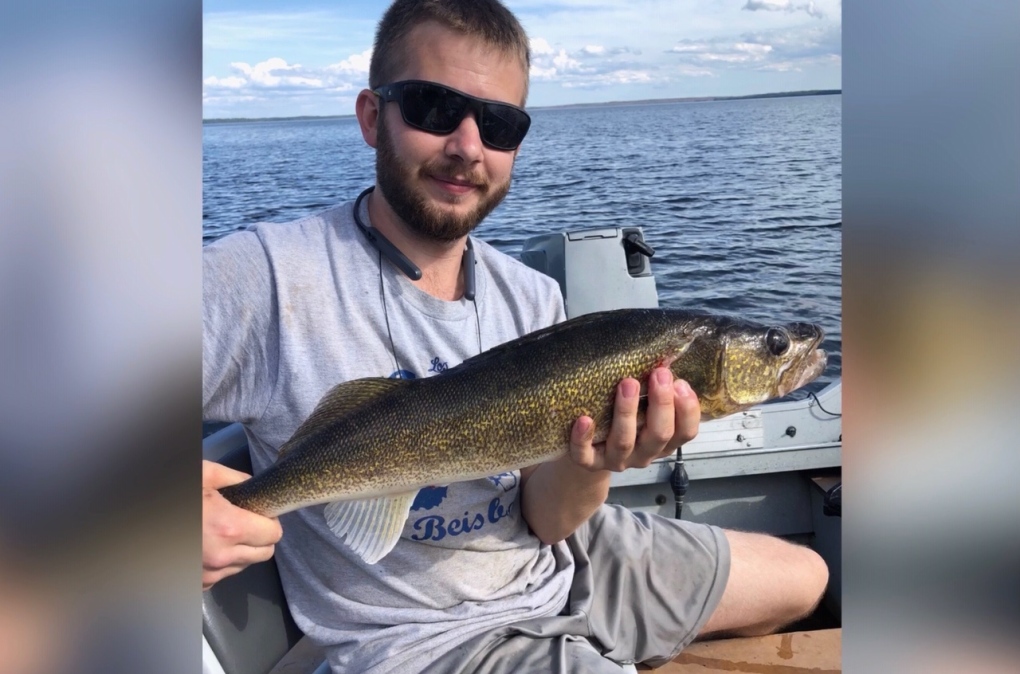 The body of 24-year-old Matthew Hamm was recovered Wednesday.

SASKATOON -- The body of a 24-year-old man who went missing while fishing at Weyakwin Lake, Sask. has been found.

According to his parents, Hamm went fishing on the evening of Sept. 23, 2020 to catch some fish for supper. When he wasn’t answering his cellphone later that night, they reported him missing.

The next morning, they found out that witnesses took a video of his boat running in circles, empty.

“We, as a family, would like to thank the Lloyd Team for coming out. Without search teams like them, families would be lost,” said Hamm’s family in a statement to CTV News.

“Until a person goes through something like we have, people don’t realize how valuable these teams are. These teams work on donations and only and we would be thankful for any donations made to them, so they will be there for the next family that needs them.”

On Wednesday, when the ice was still six inches thick, the team used an airboat and were able to spot Matthew’s body in about an hour and a half. He was found just after 9:30 a.m., said LeBlanc, in an area where they anticipated he might be.

He said it’s not clear why they weren’t able to find Matthew earlier, but some key information was missing, such as the exact location where he entered the water.

“When we were out there the three other times, and you go home, the five-hour drive back home, you’re always going back like ‘What can we do different?’ or ‘Where can we search?’ or ‘What are we doing wrong?’” he explained.

“It is frustrating … we really want to find someone’s loved one and bring them back to them so they can have their closure.”

When you’re able to recover a body, he said “it’s sad, but it’s such a great feeling to know that that family can now be at peace.”

LeBlanc said the Lloydminster Search Squad relies on donations and there are no limits to how far they can go to search. He said they’ve gone as far as Ontario.

“We don’t charge a fee for the families, and that’s why these donations are so important for us.”

LeBlanc thanked the community at Weyakwin and the Ramsey Bay Campground – which Hamm’s parents own – for their support, such as the accommodations and meals.

After Matthew went missing, several other teams also assisted with the search, including the Hutterian Emergency Aquatic Response Team and the RCMP Underwater Recovery Team.

RCMP say the Waskesiu detachment received a call from the Lloydminster Rescue Squad on Wednesday, reporting they had recovered a body from Weyakwin Lake. An autopsy confirmed the remains to be Hamm, from Hague.