Blind puppy with swollen brain recovering in Saskatoon after rescue 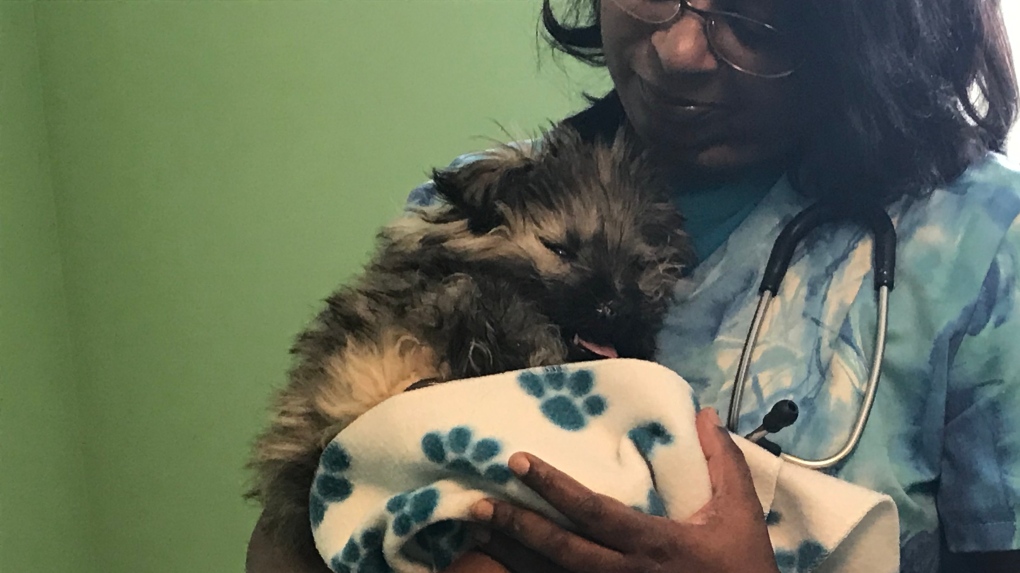 SASKATOON -- A blind, partially deaf puppy with a swollen brain was rescued earlier this week and things are now starting to look up.

On Thursday, 10-week-old Christmas was sitting up on his own and had food for the first time.

“In my opinion he only had hours to still be with us,” said Brent Arstall with We All Need A Rescue.

“Time will tell as the swelling in his brain is coming down. Everything seems to be getting a bit better, he’s responding to touch now.”

WANAR got a tip of an abused dog in a community several hours north of Saskatoon, and Arstall brought Christmas to the vet on Monday.

According to Arstall, the incident is being looked into by Animal Protection Services of Saskatchewan.

One of the veterinarians that has been working hard to keep Christmas alive, Inoka Gamage, hopes that with the swelling down that his eyesight might return.

For now, Christmas is going to have a long road to recovery – perhaps months – and is staying put at the vet for now.

Arstall wants to give the pup a positive life, starting with a positive name.