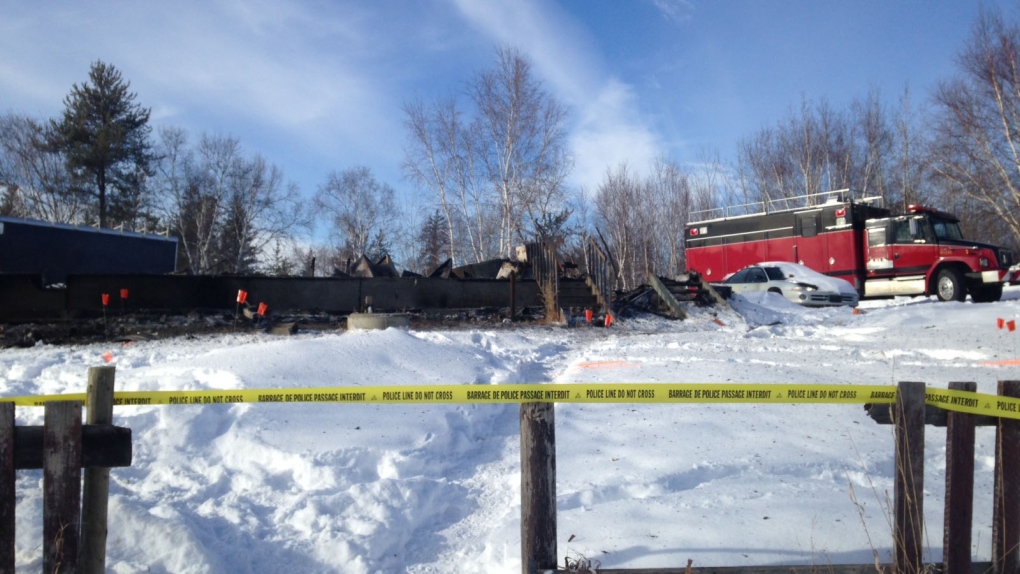 Police tape blocks the scene of a fatal house fire on the Makwa Sahgaiehcan First Nation in 2015. (Jeremy Thompson/Newcap Television)

That number increases to more than 10 times for First Nations people living on reserves.

The study found that disparities continue to exist among First Nations people, Métis and Inuit and non-Indigenous people.

“Contributing factors, which are not examined in the study, such as inadequate housing, lack of smoke detectors, underfunding for fire services on Indigenous communities, poverty, lack of legislation mandating adherence to building and fire codes on reserve need to be considered in interpreting the disparities in mortality and morbidity,” the report says.

The mortality rate for deaths from all burns among First Nations people living on reserve was 1.5 deaths per 100,000 person-years at risk. In Saskatchewan, where a publishable estimate was available, the rate was 2.8.

The study was commissioned by the NIFSC and funded by Indigenous Services Canada.

According to the release, the Aboriginal Firefighters Association of Canada (AFAC) supports the development of a national First Nations Fire Protection Act and is willing to work with First Nations leadership as a technical resource.

“In the absence of legislation act or regulations, AFAC and the NIFSC are addressing identified gaps to improve fire safety in Indigenous communities by supporting them in creating fire safety standards, doing fire protection and response research, and establishing fire safety bylaws and building standards,” the release said.

The fire-related mortality rate was 1.6, 0.6 and 5.3 deaths per 100,000 person-years at risk among First Nations people, Métis and Inuit, respectively, the study found. In comparison, it was 0.3 among non-Indigenous people.

Inuit people are more than 17 times more likely to die in a fire than non-Indigenous people, the study found.

Rates among Métis were higher than non-Indigenous estimates at 2.1 times, but these rates were not significantly different.