Blades win a close one in Moose Jaw 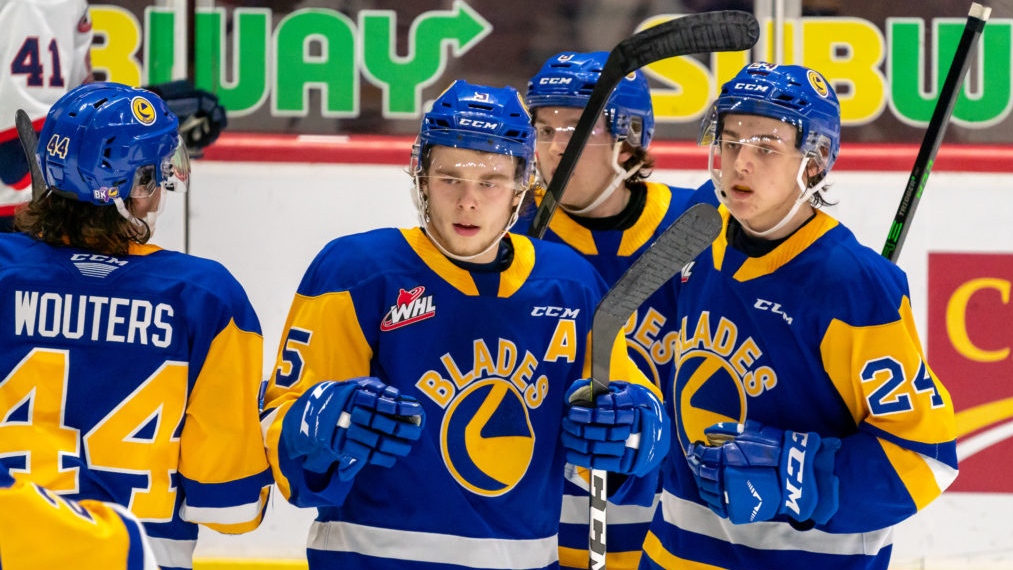 The Saskatoon Blades extended its winning streak to two games with a tight 4-3 win over the Moose Jaw Warriors Saturday night.

The Warriors cracked the scoreboard first with Ryan Korczak netting his second goal of the season shorthanded just two-and-a-half minutes into the game.

Blades’ point-leader Tristan Robbins evened the score on the powerplay just over one minute later. The Blades pulled ahead late in the period on a Moritz Elias powerplay goal.

Blades’ leading scorer Kyle Crnkovic netted his sixth of the season, again on the powerplay late in the second giving his team a 3-1 lead heading into the third period.

That’s when the Warrior’s made its push. Jagger Firkus and Cade Hayes evened the score 3-3 in the second-half of the third period. But Blades’ Egor Sidorov helped the visiting squad regain the lead, scoring what would eventually serve as the game-winner.

Blades’ rookie goaltender Ethan Chadwick made 25 saves in his first win of the season.