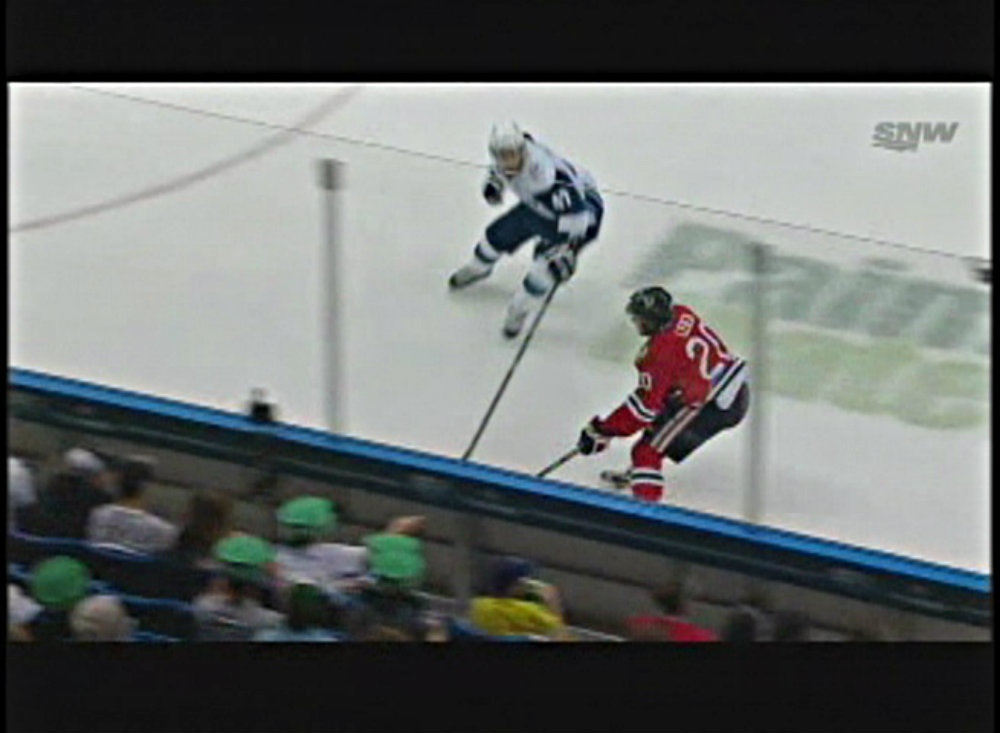 Dalton Thrower was suspended from the Memorial Cup for his hit against Portland's Taylor Leier. Source: Sportsnet.

Dalton Thrower won’t be finishing the Memorial Cup with the Blades.

The Canadian Hockey League announced Thursday that the defencemen was suspended for his head-on check against Portland winger, Taylor Leier.

Leier, a Saskatoon native, had to be helped off the ice and isn’t expected to play for the remainder of the tournament.

It hasn’t been confirmed if Leier suffered a concussion.