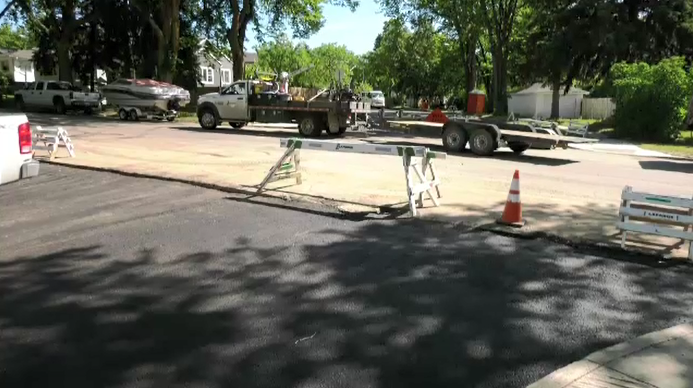 SASKATOON -- Construction delays in the Westmount neighbourhood have some residents frustrated.

Originally set for May, work on Bedford Road from Avenue J North to Avenue H North was delayed until July.

It then passed its two-week timeframe and is on track to be finished one week later than initially expected.

"I think there was about a month where no one was doing any work,” said Martine Sansoucy, a resident of the area.

“So they had everything blocked off. No one was allowed to park there, but then no one was coming and doing any work.”

The City said road work crews did not have “sufficient materials” for the job at hand andcrews had to work with SaskEnergy with regards to a gas line in the area.

The work being done on Bedford Road is part of the city's Road and Sidewalk Preservation Project.